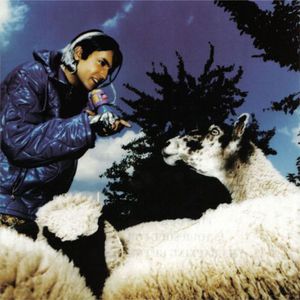 Babylon Zoo was a British rock band of the mid-1990s from Wolverhampton, England, fronted by Jas Mann. They were best known for the song "Spaceman", which on its release on January 21, 1996, went straight to Number 1 on the UK singles chart, selling 418,000 copies in the first week of release - a record at the time. Jas Mann had formerly been in an indie music band, called The Sandkings, which he left in 1992, because of musical differences.

Jas Mann had formerly been in an indie music band, called The Sandkings, which he left in 1992, because of musical differences.

Babylon Zoo was signed to Phonogram Records after A&R rep Clive Black heard their first three-track demo tape in May 1993. When Black moved to Warner Bros. Records in 1993, he took Mann's contract with him. An album had been prepared and sleeves for a single, "Fire Guided Light", were printed, but Babylon Zoo's debut was put on hold again when Black moved once more to EMI in 1995, where the band were signed on to a seven-album contract.

However, promotional copies of the song "Spaceman" had already been distributed, and chosen to tie in with the release of a new Levi's jeans TV advert. The single went straight to Number 1 on the UK singles chart and also went to Number 1 in the single charts in twenty-three countries.

An album entitled The Boy With the X-Ray Eyes was produced at Mann's New Atlantis Productions music/artwork/video centre. It was released in 1996 and included new-age tracks such as "Is Your Soul for Sale?" and "I'm Cracking Up I Need a Pill". It debuted at #6 on the album charts and reached the Top 20 in 17 countries, including Australia, New Zealand and Canada.

In 1997, Jas Mann was lampooned on the channel 4 TV series, Brass Eye.

Three years later, in 1999, a follow-up album was released entitled [track artist=Babylon Zoo]King Kong Groover[/album], but Mann decided not to promote the album as he was not getting support from his label EMI since the departure of the man who had signed him, Clive Black. Mann subsequently decided to move to India and work for an aid agency.

The Boy With The X-Ray Eyes