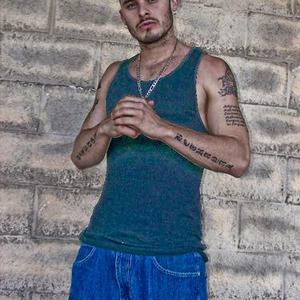 Known for his tongue twisting ability and his insane lyrical content, B-Dub is quickly being taken notice of. Artists that had a great influence on B-Dub's music are Tupac, Bone Thugs and Harmony, 3-6 Mafia, T-Rock, Tech N9ne, and K-Rino. Born June 4th 1983, in Chiefland, Florida, Benny Williams(aka B-Dub) has always had an ear for music and developed the talent for it at a young age. Growing up in a small town outside of Gainesville, Florida, it was hard for him to find the means to record what he had written down for so long.

Born June 4th 1983, in Chiefland, Florida, Benny Williams(aka B-Dub) has always had an ear for music and developed the talent for it at a young age. Growing up in a small town outside of Gainesville, Florida, it was hard for him to find the means to record what he had written down for so long. The town B-Dub is from is not a city known for recording artists, so this was first of many challenges that he had to overcome.

B-Dub came in contact with racism early in life, and learned that God is the only one who can judge him in the end. Some of the trials and tribulations he endured were due to family members disowning him for dating a person of different color, friends dying, and being introduced to drugs. He felt the best way he could deal with his problems was pick up a pen and start expressing his thoughts and experiences onto paper.

Breaking out of the dark at the age of 22, B-Dub started recording his first album. It wasn't until May 2006, he released his first album, "CALL IT WHAT YOU WANT TO CALL IT" . The album consisted of mixtape tracks from known artists in the game. B-Dub received many praises for his first effort. Six months later, he used the money he made off the first album and he purchased some beats from a local artist, then started recording his first solo album titled "IT IS WHAT IT IS" This exposed the deep and dark side of the artist. B-Dub also has a talent for producing beats, which led to the production of his 3rd album "STRAIGHT FIRE" He enlisted the help of one of his favorite artists and someone that he grew up listening to, T-Rock, formerly of Hypnotize Minds. This album is one of B-Dub's personal favorites. In 2008, B-Dub was introduced to local artist Matt D from Williston, and immediately connected on a musical level. They started recording their first album. And ended up releasing 2 Sides 2 a story....This was a new opening in styles for B-Dub, the way him and Matt D complimented each other was phenomenal....In 2009 B-Dub met to producer J-GREEN and recorded "RUFF N RUGGED", a compilation of hard and dark 3-6 mafia style beats. This exposed B-Dub to a whole new fan base, and there was nothing but good things being said about the new rapper that seemed to come out of nowhere. Also that year, "SOLIDIFIED THOUGHTS" was released, followed by B-Dub and Matt D's "THE BEST UNKNOWN".

Since then, B-Dub has released many more albums and has tons of new material on the way.

Artists that B-Dub has worked with include:

Albums B-Dub has been featured on

And has been featured on Collaborations with