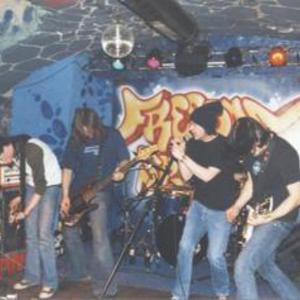 Demon Cleaner was a Swedish stoner rock band formed in the late 90s as an instrumental trio by Kimmo Holappa, Martin Stangefelt and Daniel Lid?n. They named the band after a Kyuss song. Daniel S?derholm joined as singer soon after and after a few split singles with Dozer they recorded their first full length album, The Freeflight, which was released in 2000. S?derholm left soon after the recording. Stangefelt took over vocals and Snicken and Ville Astrand joined the band. Daniel Jansson soon took over at bass from Astrand.

Their second album Demon Cleaner was released in 2002. Daniel Lid?n left after its release and the band broke up after a last tour with Mr Pillow on drums.

all stuff was released on their own label - Molten Universe - named after a Kyuss song.