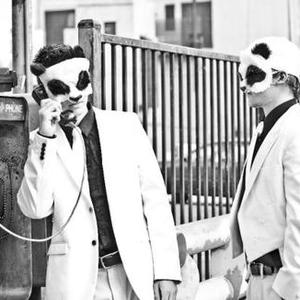 The White Panda is a mash-up/remix duo made up of Tom Evans (aka Procrast) and Dan Griffith (aka DJ Griffi) based out of Chicago and Los Angeles. Panda formed in early 2009 after the duo decided to collaborate on their independent efforts. The two have been composing and producing music together on and off for about 7 years but just recently started focusing primarily on mash-ups. Most of The White Panda's live sets are hosted by colleges although they can be caught at the occasional bar as well.

The duo had their debut mixtape release, Versus, in December of 2009 available for free download on their website, www.thewhitepanda.com

A very very lethal combination of Procrast and DJ Griffi who were growing up together in California, studying music, now based out in opposite sides of USA (Chicago and Los Angeles) they are rocking the flip out of the dance scene from their internets base:
www.thewhitepanda.com

You can and should check that web page for free tracks and more info...