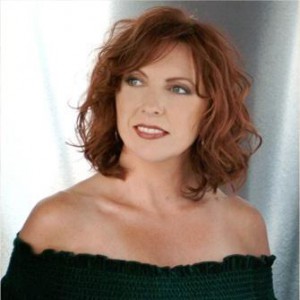 While much of the world knows Cheryl Bentyne as having been a member of the multi-Grammy-winning vocal quartet The Manhattan Transfer since 1979, this compelling vocalist has a story all her own - one that includes a solo career that encompasses a variety of musical styles. Born and raised near Seattle, Washington, Bentyne was exposed to music at a very early age. Her father, a jazz clarinetist and bandleader, held his band's rehearsals at the family's home.

Born and raised near Seattle, Washington, Bentyne was exposed to music at a very early age. Her father, a jazz clarinetist and bandleader, held his band's rehearsals at the family's home. It wasn't long before Bentyne was singing in her dad's band. After high school, she performed in Seattle area coffee houses where she met and joined a regional group called The New Deal Rhythm Band. The band combined campy comedy numbers with improvisation and "theatrical" swing. The New Deal served as a training ground for Bentyne to sharpen her performance technique and develop her own distinct style.

While on tour with the group, Bentyne caught the attention of a talent agent who assured her that her singing ability could support a solo career and encouraged her to assemble material for her own show. Within a few months she moved to Los Angeles and was booked regularly at such legendary clubs as the Troubadour and the Bla-Bla Cafe.

In the spring of 1979, Bentyne's manager told her about an audition that was to change her life. The Manhattan Transfer was searching for a new singer to replace former member Laurel Mass&eacute;. What they were looking for seemed like an impossible combination at the time - a soprano who was gifted and agile enough to immediately blend with the group's unique four-part harmony sound, yet who also possessed a strong individual musical personality which would contribute to the group's evolution. But Bentyne accomplished the impossible: she landed the job and made a vocal contribution that was immediate and decisive. The Manhattan Transfer won its first Grammy for "Birdland", a track from the 1979 album, Extensions (Best Jazz Fusion Performance). Since then, the foursome have scored ten more Grammys - so far.

Bentyne has sung some of the most memorable solos in the Transfer's repertoire: "Goodbye Love", Benny Goodman's solo on "Down South" (both on the 1983 release, Bodies and Souls), and "Meet Benny Bailey" (on their landmark 1985 recording, Vocalese). She won a Grammy (which she shares with Bobby McFerrin) for her arrangement of "Another Night In Tunisia" (also on Vocalese). Her hot performance in the video and single release "So You Say" (from Brasil, 1987) helped broaden the Transfer's audience via frequent appearances on BET. She also wrote and co-wrote tracks for the Transfer's 1992 release, The Offbeat of Avenues, including the Grammy-winning "Sassy".

But Bentyne has maintained a solid solo career aside from her work with the world-famous vocal quartet. In 1988, she appeared on bassist Rob Wasserman's highly acclaimed Duets album. Four years later, she released her solo debut album, Something Cool, a tribute to June Christy and other jazz singers of the 1950s.

Beyond the recording studio and performance stage, Bentyne has also dabbled in recording for motion pictures. She appears on the soundtrack to the 1990 film Dick Tracy, on "Back in Business", a song she performed with Lorraine Feather and fellow Transfer member Janis Siegel. She also collaborated with trumpeter/composer Mark Isham in the soundtrack to the 1991 Alan Rudolph film, Mortal Thoughts. In 2000, she recorded and released an original cast album of her new musical revue based the music and wit of Cole Porter. Dreaming of Mister Porter has played to sold-out audiences and received rave reviews in Boston and Seattle.

Bentyne has released four solo albums for King Records in Japan: Talk of the Town (2002), Moonlight Serenade (2003), The Lights Still Burn (2003), and Waltz for Debby (2004). She has had numerous solo engagements in the Japanese club scene and enjoys a large following of fans in Japan.

Bentyne joined the Telarc label for the January 2004 U.S. re-release of Talk of the Town. The album features a number of standards from the Great American Songbook, plus a few lesser-known - but no less engaging - ballads that Bentyne makes her own. In addition to her sexy, compelling vocals, Talk of the Town features some of the finest players on today's jazz scene, including pianist Kenny Barron, saxophonist David "Fathead" Newman, flugelhornist Chuck Mangione, percussionist Don Alias, and drummer Lewis Nash.

Bentyne's second Telarc outing was released in April 2005, Let Me Off Uptown, and is a tribute to legendary songstress Anita O'Day. She followed this with her third recording for Telarc, The Book of Love in October 2006.

Songs Of Our Time

The Book Of Love

Let Me Off Uptown

Moonlight Serenade (With The Harmony)