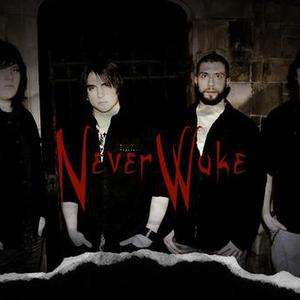 "NeverWake" concentrates on songs that reside between Rock and Metal to bridge both genres. They combine memorable, melodic vocals and gothic guitar harmonies over heavy distortion to achieve their style. Their goal is to be signed to a major record label, and they are widely talented and capable of making music of any genre. NeverWake continues to develop their style by incorporating more complex riffs, heavier background vocal style, and dark orchestration while keeping their melodic lyricism.

NeverWake released their debut full-length album "VITALITY" in August 2011, produced/engineered/mixed by Mike Ofca at Innovation Studios! "Vitality" is available on iTunes and other main online retailers. You can also order the hard copy by emailing neverwakemusic@gmail.com for inquires. Recently, they have also released their debut music video on YouTube for the song "Pulse", produced by Jeff Moore of Axtravaganza Films!
NeverWake endorses American Hooligan Clothing Company, so go check them out at http://americanhooligan.com/ or on Facebook and order sweet apparel!

Cut You Down (CDS)