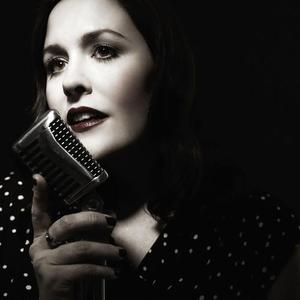 Rachael Ann MacFarlane (born March 21, 1976) is an American voice actress and singer best known for her appearances in Codename: Kids Next Door as supreme leader Numbuh 362 and the FOX animated series Family Guy and American Dad!, both created and executive-produced by her older brother Seth MacFarlane In addition to voice acting, Rachael has also been involved in other aspects of animation, such as being a production manager for The Grim Adventures of Billy & Mandy and Welcome to Eltingville and wrote an episode of The Grim Adventures of Billy & Mandy, titled "Educating Grim".

Her first album, Hayley Sings, was released on September 25th, 2012.

Two songs from the album were heard on American Dad!'s eighth season premiere Love, AD Style. Nearly four minutes in the episode, Hayley is heard singing Someone To Watch Over Me in the shower. However, she is interrupted by Roger barging in; her voice inspires him to hire her as a singer for the attic bar he is opening up. When the performance night comes, Hayley sings Makin' Whoopee! to the ever-increasing audience's adoration.