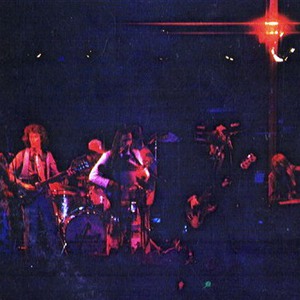 If asked to name the most entertaining and best-loved Australian band of the early '70s, it's a fair bet that most young people who lived through that period would nominate The Captain Matchbox Whoopee Band. This crazily brilliant Melbourne-based ensemble played a uniquely Aussie brand of jug-band blues, spiced with jazz, swing, popular standards, cabaret, sideshow alley schtick and vaudeville routines including slapstick, tap dancing, juggling, magic and even fire-eating.

An obvious and common comparison would be England's Bonzo Dog Doo Dah Band, but it would be quite wrong to label Matchbox as mere copyists -- in fact Mic Conway has said that didn't hear the Bonzos until long after Captain Matchbox had been formed. The Conway brothers were born into a family with strong background in music and popular entertainment, particularly vaudeville theatre and opera -- their grandfather was an original vaudevillean, and their Aunt Lyla was a dancer on the famed Tivoli circuit.

Captain Matchbox emerged at a time when there was a vogue for these styles and they were contemporary with similar local acts such as The 69-ers, Starving Wild Dogs, The Original Battersea Heroes, The Gutbucket Blues Band, The Stovepipe Spasm Band and The Moonshine Jug and String Band (which later evolved into The Angels). Billed as Australias loudest jug band, the unique, irreverent Matchbox style was a hit on the theatrically inclined Melbourne underground scene and they became a regular attraction at venues like the TF Much Ballroom and the Thumpin' Tum, alongside acts such as Spectrum, Daddy Cool and Jeff Crozier.

Their popularity with so-called head audiences was doubtless enhanced by their repertoire, which was liberally spiked with covers of classic jazz and blues numbers that contained thinly-veiled dope references -- songs like "Smoke Dreams", "If Youse A Viper", "That Cat Is High" and "My Canary Has Circles Under His Eyes".