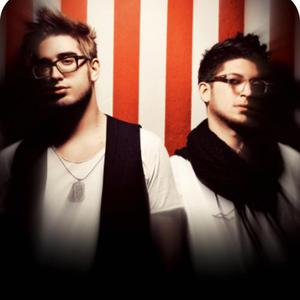 PLAYMEN is a project by Pavlos Manolis and Lefteris Xenakis focused on producing dance-pop music and performing DJ sets all over Greece. Led by their passion for house music and their eagerness to experiment with new styles and tunes, they evolved into one of the hottest duos in the Greek music scene today, creating a very promising Brand Name. PLAYMEN holds a weekly party at Villa Mercedes Athens and Villa Mercedes Patras.

PLAYMEN holds a weekly party at Villa Mercedes Athens and Villa Mercedes Patras. Having past residencies at Athenean top class clubs such as Venue, Envy and Cinema Live Stage. Their first breakthrough was in 2009 when ?Together Forever? was released through Universal. ?Together Forever? entered the mainstream radio airplays, charts, various compilations, reached 12.000 realtone downloads for Cosmote and over 2 million views at YouTube. And a number of Remixes for international Labels and Artists like Richard Grey, Offer Nissim, Agent Greg, Star 69, Sound 2 Go and Ministry of Sound followed.

Just after their live performance at the 2010 MAD Video Music Awards together with Helena Paparizou and Onirama they released their second hit single ?Feel Your Love? through Sony Music which once again made a huge buzz in the Greek music scene.

In early 2011 PLAYMEN did it again. A new joint venture song with Tamta, one of the most upcoming female pop singer in Greece and the Albanian dance music producer Claydee was released by Sony Music. ?Tonight? was the official song theme of MadWalk 2011 the first fashion-music project in Greece powered by Vodafone. At the same time PLAYMEN performed together with the biggest greek pop star Sakis Rouvas presenting his new single (music by PLAYMEN) at the MadWalk stage and the semifinal of X-Factor talent show.

Currently PLAYMEN are producing and remixing many projects that will soon be released at various dance music labels around world.