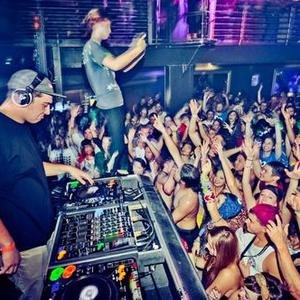 If you walk into a dubstep room at a show in the Bay Area and hear a really filthy and brand-new sounding bassline, most likely the young man behind it is the one who goes by DJ Getter. Before even graduating high school, Getter ? AKA Tanner Petulla ? has spun at sold-out shows in San Francisco, Berkeley, Oakland, Santa Cruz, and his hometown of San Jose. Like fellow boy-wonder electro producers Sonicc and Porter Robinson...

Quickly Petulla's talent was recognized, and his tracks started gaining hype far beyond his high school's halls http://soundcloud.com/getter_dubstep/ After hearing of his music last summer, Petulla was signed by Vital Management in August 2010. Taking a chance on an unknown artist could have been risky, but Petulla proved he could win over any of the die-hard dubheads at Vital SC's shows with his energetic opening sets, pumping up the crowds and gaining fans with each new drop. Since joining Vital, he has opened for the best artists in dubstep today, such as Rusko, Downlink, Eprom, Subvert, Noah D, Nit Grit, Megalodon, and Borgore ? not to mention sharing the stage at Vital SC's Wobbleland with world class talents Skrillex, 12th Planet, and Nero, among many others.
His solo efforts aren't too shabby either, as he is proving at the moment with the track ?Obliterate,? a grimy, industrial banger off Chronos Records' ?Farmville? EP. This heavy track peaked at #8 on Beatport.com, a very impressive feat for Petulla. Besides the prolific Chronos Records, Petulla is also associated with Ultragore and Tuff Love Dubs, the latter of which released ?The Monsta? EP by We Bang, which features the We Bang/Getter collab ?Bad Tingz.? Another track available on Beatport is ?Cybertron Disco,? a heavy yet melodic composition that was featured on last month's ?Saucerface? compilation album released by MalLabel Music.
Charting on Beatport, signed by multiple labels, playing dubstep shows throughout the Bay Area and beyond ? all impressive feats, made even more so by the fact that Petulla still hasn't even received a high school diploma.