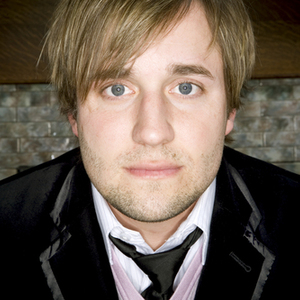 When Ronnie Freeman released his laid-back, piano-based pop debut five years ago, it was simply one more step in a logical progression that had begun when he first stood behind a mic in Montgomery, Alabama, as a 7-year-old and performed ?Rise Again? for his church. A skilled songsmith and accomplished worship leader, Freeman began to see his audience expand after the release of his Rocketown debut. In addition to solo appearances, the young artist had opportunities to open shows for Michael W. Smith, Steven Curtis Chapman and Phillips, Craig & Dean, among others.

Listeners connected quickly with the heartfelt expressions of longing, worship, redemption, and celebration that are the hallmarks of Ronnie's music, and when he felt led to chart his own musical course, he took with him a new fanbase broad enough to warrant 70 live shows a year.

?For me, there's a magic in the live connection,? Ronnie says, explaining the bond he feels with his audience. ?I think it comes from being vulnerable. In a strange kind of way I feel like I'm the guy in the audience. It's like I'm sitting out there next to him listening. I don't feel like the stage separates me from anyone else in the room. I don't believe in pretension. I just love going out and connecting with people. I think every artist hopes people will connect with their songs, and I do hope that, but even more than that I want them to connect with my heart, personally.?

While Ronnie continued touring vigorously, he made a conscious decision not to rush the creative process simply to get another record out in the typical 18-month industry cycle. Instead, he began to write at a more leisurely pace, waiting for moments of inspiration, allowing the songs time to simmer as he shaped and reshaped them. Over a period of three years he crafted the 10 songs that now comprise his second release, God Speaking.

Freeman's willingness to be patient with his muses is evidenced in the subtlety and organic fluidity his new project displays. As with his debut, the smooth vocals and articulate, emotive piano riffs take center stage, but there's an even deeper yearning at play here, something that Ronnie says he's only really beginning to understand in retrospect.

?A close friend of mine listened to my new record and said ?You had no idea that what you were writing two years ago would be perfectly orchestrated for this time and season,'? Ronnie observes. ?I think he's right. I think these songs came out of a longing for something to take place that's only just happened in the last few months. Everybody's got those closets in their heart, the ones that are filled with all sorts of trash and clutter, that you don't want to open or acknowledge. For me, I see now that that's what I was doing with my life. I let God and other people into some parts of my life, but there were those closets I just kept closed. There were some dark corners I needed to open up and let the light into and just clean out.?

As Ronnie recognized the need to progressively surrender more fully to the convicting and illuminating work of God's Spirit, the Nashville-area church where he serves on staff as a worship leader and ?artist-in-residence? encouraged him to take a three-month sabbatical in order to ?reach a new place of intimacy with the Lord.? The paradox of the process was that as Ronnie worked through some deep heart issues, he found that he had already documented the journey--sometimes years in advance--in the cycle of songs that he had recorded for God Speaking.

?I don't want to misrepresent the record as being dark,? he says. ?At the heart of these songs is a message of light and freedom and victory. If you look at them together, the songs reflect the struggle and the hope, as well as the freedom that's found on the other side. It's a journey, and this project stretches from the beginning of that journey to the end point. It's about what happens when you let the light in. The funny thing is, I was in the middle of it when I wrote these songs. Now it's going to be cool to be able to be the guy on the outside of the hole, reaching in and saying to those who are in some hard places, ?Come on, grab hold.'?

The project's first single, ?God Speaking,? is an understated, melodic, rock ballad that centers on the Creator's faithfulness to meet us wherever we are in that journey toward freedom. While other standout songs on the CD?such as the guitar-driven ?Breakaway? and the worshipful duet with Christy Nockels (Watermark), ?My Inheritance??mark the beginning and ending points of the journey, ?God Speaking? is, musically and lyrically, the heart of the album.

?I could take you directly to the spot on McEwen Road where I pulled over while listening to Nichole Nordeman's Brave album,? Ronnie remembers. ?I was so moved and aware of God speaking to me through a song that I scribbled down the lyric, ?Have you ever heard a love song that set your spirit free?' Of course He speaks through His Word, but even when we're ignoring that, He speaks through songs, through stories, through sorrow, through sunsets. Sometimes I just find my heart beating fast because God is using something to make His Truth or His character known. He brings His message of hope to the believer and the nonbeliever both, and it's freeing to know He's so much bigger than us, and we can't contain the way He speaks.?

Presenting his new collection of songs from a posture of greater freedom and humility, Ronnie Freeman expresses hope that God Speaking will become for others what it has already been for him: a soundtrack for their spiritual journeys.

?I hope these songs will inspire people to reflect,? he concludes, ?to come to that crossroads of faith where they examine their own hearts and lives. I personally played church for so long, and I want to call people out of that. Not in a scolding way, but in an inviting way. I want to call them into a new place. A place, where together, we can hear God Speaking.?