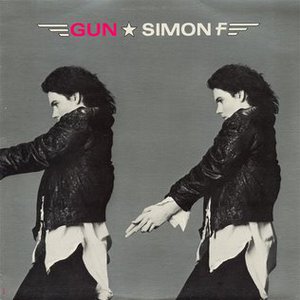 Simon F - one half of Intaferon with Simon G - went solo after their first three singles Get Out of London, Steamhammer Sam & Baby Pain. Much of the album Gun was recorded as Intaferon except for new track Baby Doll Love. In America the album was released as Gun Control (for obvious reasons) with an extra track I Want You back - a cover of the Hoodoo Gurus classic. The album cover was shot by Robert Mapplethorpe.

Simon then signed to Warners in the US where he released 2 further albums Never Never Land & Here Comes the 21st Century, the latter under the name F Machine in an attempt to shed the pop image the record company had been pushing.

Returning to the UK he signed to Infectious Records releasing a series of techno tracks, once more under the name F Machine - including Child Bride, Lost in America and She's All Over Me.

His final recordings to date were recorded with legendary NY underground producer Kramer. They were a return to the type of songs with which he began his career - these include I Want Doesn't Get, No Angel & Don't Breathe the Air. As yet unreleased we hope to be able to post them on Last.FM soon.