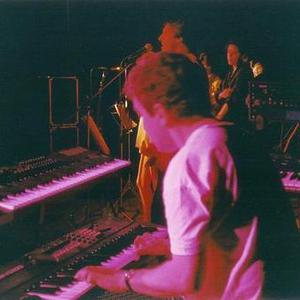 LIFE LINE PROJECT is a project in the true meaning of the word. It is build around one musician, Erik de Beer, either playing all instruments himself or contracting all the necessary vocalists or players according to the needs of the work in progress. Born in The Hague, Holland Erik started to play the guitar when he was 14 years old and keyboard at the age of 16. Right from the start his preference was symphonic rock.

Born in The Hague, Holland Erik started to play the guitar when he was 14 years old and keyboard at the age of 16. Right from the start his preference was symphonic rock. Erik started his studies at the conservatory for music in 1977 and finished them in 1983. He now works as a guitar & keyboard teacher. He started his first symphonic rock band J.S. QUASAR in 1975 in which he played both keyboards and lead guitar. After some short stays in several bands Erik founded keyboard-dominated power-rock trio BRANCARD in 1979. In 1982 he left BRANCARD to form ZOUNDWORKS with singer Ankie Jansen. Their music ranged from symphonic rock to jazz-rock. In 1985 ZOUNDWORKS was disbanded and it wasn?t until 1988 that LIFE LINE PROJECT was started.

With LIFE LINE PROJECT all instruments were played by Erik de Beer, while the vocals were taken care of by singer Anja Dirkzwager. The first 3 demo-tapes were recorded on 4-track, resulting in a less favourable sound quality. The music consisted of bombastic instrumental symphonic rock and some more light-footed melodic rocksongs. In 1990 quality rose to 8-track and the epic albums ?The Journey? & ?Duplo? were recorded. These demo-tapes were highly acclaimed in the European rock-magazines. ?Duplo? saw the birth of the homonymous logo Duplo decorating all LIFE LINE PROJECT-products.

In 1992 several works were re-mastered and transferred to CD-recordable. In 1993 "The Final Word" was recorded. This time the sound quality had improved a lot. In the meantime concerts had been given by a complete band, while some of the songs were recorded both on stage and in the studio with the live bands. In 1994 Anja Dirkzwager was replaced by Marion Stroetinga and in the period ?94-?95 some of the best LIFE LINE PROJECT-recordings were made, all on CD-recordable.

In the period 1996 - 2003 Erik founded the baroque orchestra TEMPESTA CONSORT with whom he recorded mainly unknown masterpieces of the baroque-period. He reworked old manuscripts to playable parts and then conducted the orchestra from the harpsichord or the chitarrone (a large lute) both on recordings and concerts.

In 2003 LIFE LINE PROJECT was brought back to life, from then on with a complete band and recording on 24 digital tracks. In 2003 the short album "ILLUSION" was recorded. Since then the LIFE LINE-sound was embellished by the subtle oboe-sound of Dineke Visser, already featured as soloist with the Tempesta Consort.

In 2004 "The JOURNEY" (52 minutes for the title track) was completely re-worked and re-recorded. An extended woodwind section consisting of flute, oboe, clarinet, bassoon & clarinet was added to counterpart the bombastic keyboard & heavy guitar dominated symphonic rock pieces. With the same line up ?DUPLO? (56 minutes) was redone in 2005. The crown on this ?epic? period was placed by "The KING", a work condemning all personality cults and the abuse of both religion and democracy to establish dictatorship.

In 2007 the actual line up of LIFE LINE PROJECT was formed. The sound made a change to an instrumental fusion of a seventies? sound dominated by vintage keyboards like the Moog and the Hammond with modern jazz & progrock playing. Both albums "MODINHA" (2008) & "The FINNISHING TOUCH" (September 2009) were officially released.