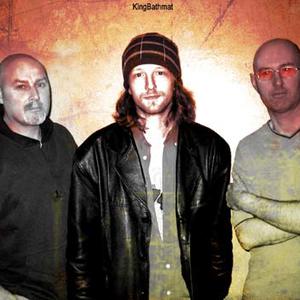 The musical style of KingBathmat is difficult to ascertain, pin down or pigeon hole and does not sit comfortably in any particular category of music. Often described in reviews as an amalgamation of numerous bands e.g. "the sound of Pink Floyd wrestling with Kasabian", "Black Sabbath cuddled by extravagant ELO harmonies". It is clear that a bewildering array of influences produce a sound on record that circumnavigates the gamut of genres that reside upon this musical sphere.

KingBathmat can resemble at times, a sonic expedition, a giddy aural excursion, visiting genres as diverse and contrary as the complex arrangements that inhabit "progressive rock" interlaced with the cutting vocal melodies of "classic pop" that then tear abruptly into an uncompromising sledgehammer heavy metal riff. A big old slice of distraction cake served with a buttercream filling of abstract and arcane lyrics on a bed of layered vocal harmonies that weave a centrally focused melodic core that lays a strong foundation under each and everyone of their musical emanations, leaving the listener to ponder "Is it an exquisite ornate Faberge Egg or a crumpled up papier mache ball encrusted in moomin juice?"

KingBathmat do not align themselves with convention, they have ditched the giblet hustlers and they endeavour to buck the trend and to not take themselves too seriously. For they do not look for, or court approval. KingBathmat are not beholding to a record company, a debt, or a self proposed obligation. They do what they want.

And so onto late 2012 and the further obscuring of reality continues with the fortnightly sacrifice of solar biscuits into the fizzy pop of culture to hopefully create a benevolent effervescence with the release of free songs upon there website throughout 2012.

Son Of A Nun