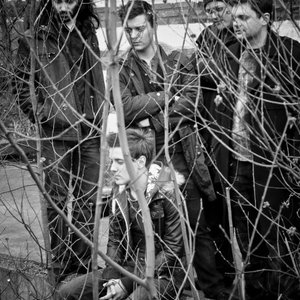 Averse was born in 2002 in Lille, France, and is playing a progressive music finding its roots as much in atmospheric and avant-garde rock music from the 70's (from King Crimson to Tim Buckley) as in bands from the current metal area (from Opeth or Emperor to Neurosis or Borknagar). Their compositions are an expression of different perceptions of feelings you have to go through not to forsake yourself to the darkest paths of your inner-self. A strong relationship to Matter and Nature is developed through its rage and the fleetingness of terrestrial happiness.

Their compositions are an expression of different perceptions of feelings you have to go through not to forsake yourself to the darkest paths of your inner-self.

A strong relationship to Matter and Nature is developed through its rage and the fleetingness of terrestrial happiness.

Tim is the composer and lyricist (both french and english) and plays the guitars, the keyboards, and sings. The drums and percussions are played by his brother Colin. The line-up becomes stronger in 2004 with the arrival of Thomas as a bass player, which pushes the band forwards, and that movement kept on going with the arrival of Fran?ois in 2006 who will take care of the second guitar, the back-vocals, the keyboards, and who will be in charge of the recording of their first E.P., ? SCOLOPENDRAIN PERCEPTION HAZE ?.

The band also invites guest-musicians in concert and in studio for arrangements. As an example, the violinist Huang-Jun was a long period guest and was a precious arranger in concert in 2006/2007 and in the making of the E.P.. ? Scolopendrian Perception Haze ? is a concept-EP, self produced and recorded in ? The House Of Vice ?, Fran?ois ' Home Studio. It explores in 33 minutes a strange shape of metal, both baroque and progressive, but also complex and tragic. Since its release, the band also plays with video screenings directed and edited by Tim.

The release of their next album, ? The Endesque Chants ?, is scheduled for 2009. It will include songs that have been played in concert for a long time and brand new arrangements of clarinet, harp and violin. An Acoustic-Live album is also scheduled for 2009, as the band also performs acoustic gigs very often.

This is how they got to share stages with Antimatter, Leafblade, Vincent Cavanagh (Anathema) and Duncan Patterson (Ex Anathema/ Antimatter and current ION).
Colin, from Averse, plays the percussions and drums on Ion's latest album to be released in 2009, ? Immaculada ?, as well as on Antimatter's ? Alternative Matter ? (double LP/DVD). All these meetings went so well that their most recent experiences led Tim and Colin in Portugal and Spain for a Tour with Antimatter and Duncan Patterson, to play acoustic versions of Averse songs and some tracks of Tim's solo project, ? Cinnamon Screen ?.