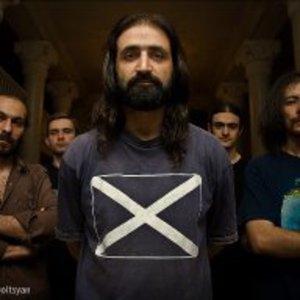 Oaksenham is a progressive rock band from Armenia. It was formed in 2001 by Vahagn Papayan (bass, bassoon) and Ashot Korganyan (drums), formerly of Dumbarton Oaks, with Valery Tolstov (flute). Soon guitarist Vardan Gasparyan and keyboard player Anna Adamyan came on board, and later the band added drummer turned violinist Koryun Bobikyan. Oaksenham's core consists of experienced musicians that played in a range of influential Armenian bands.

Oaksenham's core consists of experienced musicians that played in a range of influential Armenian bands. The creative principles are based on combining the traditions of Academic music and rock. The complex rhythmic patterns, polyphonized melodism, jazz-influenced harmonies are mingled with a classic rock sound. The first live recording Wodens Eve Live self-released in 2002 was highly claimed in the leading European and North American progressive music magazines: Classic Rock Society (UK), Expose (US), Prog-Resiste (Belgium).... There is an article about Oaksenham in the Gibraltar Encyclopedia of Progressive Rock. Since 2003 the band constantly participates the most significant rock festivals in Armenia like Firewall(October 2003), Rock n People(September 2005), Rock Without Borders (January 2006). On March 18, 2004, at British Pop-Prints of 60-ies Exhibition organized by British Council in Armenia, Oaksenham presented The Beatles-Fantasy, a 5-part suite composed and arranged by Vahagn Papayan (based on The Beatles themes), performed together with Armenian Philharmonic Orchestras woodwind quintet. Between August 2004 & January 2005 the first studio album Conquest of the Pacific was recorded at MDP Studio. 12 compositions and more than 15 instruments, including almost every representative of symphonic orchestra, even such sonorous rarities in rock as English horn or Harp. As a result the mixing of the album took much longer than expected - until June 2006. Currently the band is looking for a respected deal with a known prog-label for the album official release to finally find its channel to the Western world.

Upon All The Living And The Dead

Conquest Of The Pacific