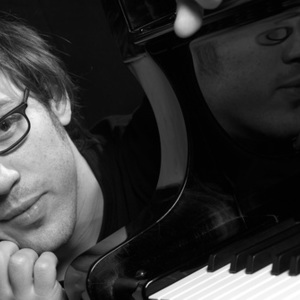 Yaron Herman was born in Tel-Aviv on July 12, 1981. He started studying the piano relatively late, aged 16, his master being Opher Brayer, famous for his teaching methodology based on philosophy, mathematics, psychology? Two years later only, Yaron earned the prestigious Rimon prize in the category ?Junior talent?. That was a unique case in the history of music and piano, and one of the most amazing and dazzling revelations, certainly due to the precocious and higher intelligence of a gifted child.

At the age of 19, Yaron moved to Boston, where he meant to attend the Berklee College School of Music. However, the young man avid for knowledge and discoveries did not find the matter and inspiration he was seeking in a system based on competition at the expense of self-fulfilment.
After two months, he decided to return to Tel Aviv, planning a short stopover in Paris on his journey back. On his first evening in the French capital, he met musicians during a jam-session and on the next day, earned a contract. From that time, he no longer left Paris. His debut was a time of encounters, musical exchanges which enabled Yaron to make his marks and gain recognition on the Paris musical scene. He astonished by his young age, his talent, his passion and soon became the pianists evoked by all with admiration and astonishment. A unanimous jury awards him the ?New talents? trophy of the Sunside jazz club.

Aged 21, he recorded his first album for the prestigious label Sketch (produced by the equally talented Philippe Ghielmetti). The album, ? Takes 2 to Know 1 ? features drummer Sylvain Ghio, his musical accomplice and lifelong friend. Once again, the piano and drums formula amazes, surprises and gains unanimous appreciation from the press. The record is part of the TSF play list and selection, becomes a ?Coup de Coeur? on France Infos and the opening concert is broadcast on France Musiques, while a clip runs on Mezzo four times a day.
Yaron challenges the major record firms, their profusion of advertising, marketing and promotion means with his sole music. He manages to seduce a very demanding and courted Parisian press.

When asked about his impression on this young prodigy's music, Georges Avakian, the producer of Miles Davis' mythical session ? Kind of Blue ? and of Keith Jarrett's first recordings, came up with this striking formula: ?Yaron is the real thing ! ?.

Even more surprising is the depth of the pianist's research. He develops a theory of music and improvisation called ? Real Time Composition ?, for which he has been invited by Laurent Cugny as a guest lecturer in a series of conferences at la Sorbonne.
Music, philosophy, mathematics all meet on a ground where the musician proves out to be an expert and very influential lecturer. He analyses his masters' music brilliantly, especially Keith Jarrett's. Paul Bley, John Coltrane, Lennie Tristano, as well as Bach rank among his major musical influences, along with the traditional folklore of his native land and his generation's pop artists (Bj?rk, Beasty Boys?).

Now 23, the pianist prodigy is starting a series of tours around Europe in solo or duet performances. He harmoniously alternates concerts and lectures for the great pleasure of fascinated and admiring audiences invariably captured by the performances of a definitely outstanding musician.
Over very little time, less than 7 years, Yaron has studied the piano, become a major performer and lecturer, recorded a remarked album, received several prizes and gained recognition from his peers and the media. In addition, his regular tours around Europe have enabled him to establish his style and music to great effect.