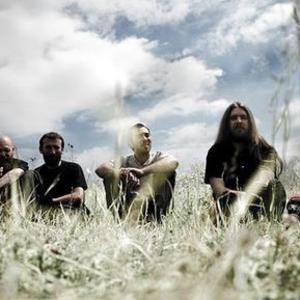 Dordeduh is a Romanian folk / black metal band from Timi?oara. The band was formed after internal tensions developed in Negur? Bunget which resulted in Hupogrammos and Sol Faur leaving to form Dordeduh in 2009, while drummer Negru continued Negur? Bunget with a few new musicians. To start understanding the essence of the band is to first delineate the two Romanian words that its name is composed of: ?dor? and ?duh?.

To start understanding the essence of the band is to first delineate the two Romanian words that its name is composed of: ?dor? and ?duh?. Having a deep, unique meaning in Romanian, ?dor? is thought to be untranslatable in any other language using only one word, its sense being of ?longing/yearning for something?, ?missing something?. It can be something palpable, well-known and familiar (a place, a person, a taste) but it can also be a nostalgic feeling brought up by something vaguely known, dwelling in an old chamber of one's soul. It is this vague and everlasting longing of the human being that this word is most associated with. It can be a personal life experience or a vague remembrance of the primordial and archetypal state of the human psyche, the origin of the human soul, as ?dor? reminds of the human ability to sense the ethereal sphere.

The word ?duh? could be translated as ?spirit? and it defines the immaterial part or state of every living being. It also represents an attribute for all types of supernatural beings, forces, events and often can describe a ghost's or a phantom's immaterial form. The word's etymological roots are related with the air as an element and it suggests an aerie vibration; it characterizes lightness and insubstantiality, an impalpable or intangible state. It also suggests the subtle and spiritual part of every living consciousness and it can be taken as a synonym of the esoteric word of ?consciousness?. It is the living glint of the universe, dwelling deep inside of every being.

Being comprised of these two words, DorDeDuh means ?yearning for the spirit?; it is the humanity endless search for the spirit, for the sacred, for the values of the soul. We aim to link these two words to the significant values that make us humans, melting together the soul and the spirit. The way one aligns one's experiences with one's own soul, the way one relates with the Universe, the way one perceives and integrates, through Intention, the perpetually flowing Transcendence, that is what defines different levels of humanity in a person, that is what makes one Human.

Musically, Dordeduh will follow the path opened by Negura Bunget, but the musical act will be accorded to a new perspective as we will experiment a new way of approaching black metal as well as using traditional instruments. It is normal for musicians to evolve and develop with every album released, but our goal is to push forward this natural development and to make Dordeduh distinguishable from our musical past.