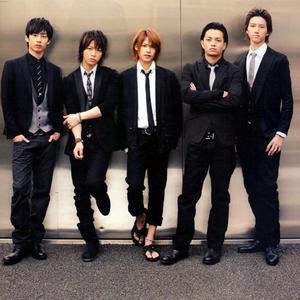 KAT-TUN are a Japanese pop/rock quintet formed under Johnny & Associates (JE) in 2001 in Tokyo, Japan and signed to J-One Records, their own exclusive record label under J Storm, Inc., in 2006. The group consists of Kazuya Kamenashi (????), Junnosuke Taguchi (?????), Koki Tanaka (????-), Tatsuya Ueda (????) and Yuichi Nakamaru (????). Their name is derived from the first letter of the members' family surnames. The pronunciation is supposedly close to the English word "cartoon" (or kah-toon). Former member Jin Akanishi (???) left KAT-TUN in 2010.

The group officially debuted on March 22, 2006 with a tripartite release of their debut album ("Best of KAT-TUN"), single ("Real Face") and DVD ("Real Face Film"), all of which topped the corresponding Oricon charts upon its release. "Real Face" went on to sell over a million copies by the end of the year and was named Japan's best-selling single of 2006. As of 2010, all of the group's releases (5 studio albums, 13 singles and 9 DVDs) have reached number one on the Oricon charts consecutively, making them only the third artist in Japanese music history to achieve this feat, after fellow JE groups News and KinKi Kids.

To The Limit (CDS)