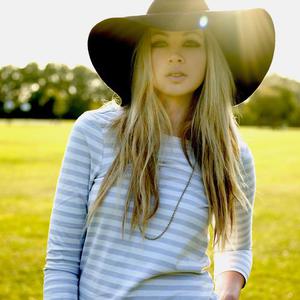 ?It makes me go la-la-la?.? The hook of Ava's first single from her first ever album, ?Turned-on Underground?, tells it like it is. ?Everyone's always shocked, and wonders -- how come a Chester girl sings reggae?? Ava announces mischievously. ?I know I don't look like a person who would sing reggae ? until you hear it!? Indeed, why does the voice of a conscious reggae sister emerge from this camera-ready blonde babe? Basically, The Ava Story, which is only just beginning, is already a triumph of an old Jamaican proverb ? Who feels it, knows it.

Indeed, why does the voice of a conscious reggae sister emerge from this camera-ready blonde babe? Basically, The Ava Story, which is only just beginning, is already a triumph of an old Jamaican proverb ? Who feels it, knows it. Though she's a devotee of a music made before she was born and a world away, mid-1970s Golden Age reggae, Ava's own breezy, sexy, sensitive spirit makes a much-loved sound fresh, and very much her own.

Helped by roots veterans like Sly and Robbie, and top UK sound men like Futurecut and Nick Manasseh, ?Turned-on Underground? was recorded between Harry J's famous studio in Kingston, Jamaica, Nick's garden shed right by Glastonbury Tor and a basement studio in Brixton. Her vocal nuance and shimmering harmony show AVA appreciates all she's learned from old school greats like Marcia Griffiths and Dennis Brown. One of their favourites when Ava used to sing along with her Mum, an avid Jamaican music fan, while they did the housework in Chester, was Matumbi's lover's rock classic, ?After Tonight,' sweetly re-invented here by Ava together with Finley Quaye.

Ava experimented with all sorts of music, from rock to r'n'b. But reggae chose Ava, and vice versa. ?You know when something feels right,? she laughs, ?I was so happy when I finally found my music.?

?Turned-on Underground? displays the many moods of Ava. Sly and Robbie's drums and bass underpin ?Rolling' ?It's that stoned, two in the morning feeling when you're at an all-night party, hanging with your friends. You're young!? The ethereal ?Breathe' reflects on our earth and how lucky we are to be on it; while ?Same Old Thing,? amusingly disses every day routine, reminding her of some rough times. But as Ava says, ?I had to go through those experiences or what would I have to sing about?

Love, of course, is big in the mix, like the fun romance of ?Mad About The Boy.? It may surprise you as they sound so uptempo, but Ava calls the rock steady of ?Who Told You?, and the instant lilt of ?La La La,? her ?angry love songs.? ?Sometimes you're in it and you can't get out of it, even when you know it's wrong for you,? she explains. ?I've felt that way, and I know there are a lot of people going through the exact same thing right now.?

Since she was a schoolgirl touring with her school swing jazz band, Ava's vocals have always earned applause. With an innate sense of her own direction, Ava will be providing us with pleasure for years ? partly because, as she says, ?I write lyrics about me and my friends' own personal experiences and I just love songs that everyone can relate to, and that will always remind them of the moment they first heard it. I want to make memories.?