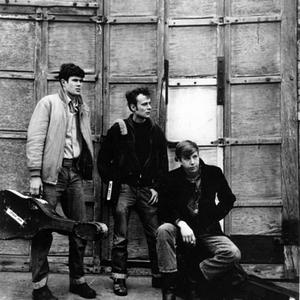 This US trio, who were a pivotal influence on the Beatles, among many others, were among the first to authenticate the notion that "white men can play the blues". Tony "Little Sun" Glover, Dave Ray (b. 17 August 1943, St. Paul, Minnesota, USA, d. 28 November 2002, Minneapolis, Minnesota, USA) and "Spider" John Koerner (b. 31 August 1938, Rochester, New York, USA) first began to play together in the early 60s. Koerner had previously been a contemporary of Bob Dylan at the University of Minnesota.

By the time he linked up with Ray and Glover, he had perfected a unique take on country blues, employing a customized seven-string guitar and rack harmonica while writing new blues songs rather than relying on standards. The trio released their first album for Audiophile Records in 1963, which eventually brought them to the attention of Elektra Records. They reissued the album (minus four tracks on the original to ensure a better pressing quality), and also hosted the follow-up collection. Koerner was still clearly the artistic force behind each of these sets - a situation exemplified by the fact that Ray (guitar) and Glover (harmonica) rarely appeared on the same track. Unlike Koerner, who launched his solo career in 1965 with Spider Blues, they never toured Europe.

Although they reunited sporadically, each member of the trio subsequently took a solo path, primarily because the basis of their collaboration had never been formalized. As Dave Ray told Folk Roots in 1996 at the time of the trio's well-received new studio album One Foot In The Groove: "It was travel arrangements primarily. We were often in the same town, so we all showed up in the same place at the same time. We didn't really do that many turns together." However, there were further reunions over ensuing years, the most notable being a support to the Who at the Guthrie Theater in 1968 and a performance at the Winnipeg Festival in 1995. In the early 70s, Ray also founded Sweet Jane Records, a label that issued recordings by Koerner as well as Bonnie Raitt and Junior Wells. Ray And Glover also released three albums in the late 80s and early 90s, which were issued on the punk labels Treehouse and Tim/Kerr Records.

The Return Of Koerner, Ray & Glover