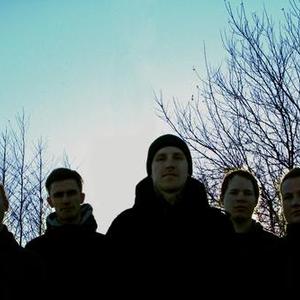 As We Fight started in Denmark in 2001. Their debut album "Black Nails and Bloody Wrists", produced by Tue Madsen (The Haunted, Sick Of It All, Rob Halford), was released by Goodlife Recordings in 2004 and re-released by Dockyard1 in 2005. As We Fight supported the record by touring Europe three times, having several festival appearances in addition to a full Denmark tour with Hatesphere. The band also won an award for "Best Live Band" at the Danish Metal Awards 2005.

As We Fight's second album "Midnight Tornado", produced by Jacob Bredahl (Hatesphere/Koldborn) and Tue Madsen, was released in 2006 by Goodlife Recordings (Benelux, North America) and Dockyard1 (Australia, Europe, Japan). The band supported the album with two headlining European tours, a headlining Denmark tour, a tour with Caliban and Heaven Shall Burn, and MTV Headbangers Ball Tour with Mnemic. As We Fight furthermore landed their third consecutive nomination as "Best Live Band" at the Danish Metal Awards 2007 in addition to a nomination for "Best Metal Video" for "Annihilation" (Div666), which landed airplay on MTV Headbangers Ball!
As We Fight recently finished the recordings for their third album - "Meet Your Maker", which was produced by Jacob Bredahl (Hatesphere, Exmortem) and mastered by Ziggy (Illdisposed, Mercenary). The release is set for April 27th, 2009 on Dockyard1/SPV.