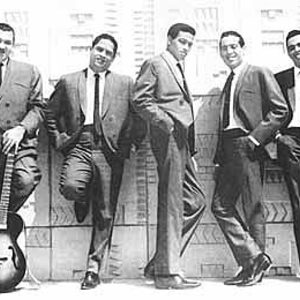 Los Zafiros (The Sapphires) were a Cuban close-harmony vocal group working from 1961?1970. The group was part of the fil?n (feeling) movement, inspired by American doo-wop groups such as The Platters. Their music was a fusion of Cuban genres, such as the bolero, with doo-wop, ballads, R&B, calypso, Bossa Nova and rock. Los Zafiros were formed in Cayo Hueso, Havana in 1961, by N?stor Mil? Bustillo, with the members: * Leoncio Mor?a (Kike) * Miguel Cancio (Miguelito) * Ignacio Elejalde, a counter-tenor, in high register.

Los Zafiros were formed in Cayo Hueso, Havana in 1961, by N?stor Mil? Bustillo, with the members:

The group was highly successful from the start, with high record sales and popular tours at home and abroad. However, some members of the group were self-destructive and undisciplined, with heavy drinking and other activities. Two died young: Ignacio died in 1981 at the age of 37 from a brain hemorrhage. Kike died in 1983 from cirrhosis of the liver. El Chino, beset by vision, speech and drinking problems, lived alone in Cayo Hueso until his death on 8 August 1995 at age 56. Today only two members are alive, Manuel Galban and Miguel Cancio. Cancio lives in Miami,

Manuel Galb?n and his wife still live in the same house in Havana as in the heyday of Los Zafiros. He is still active on the Cuban music scene through his work in The Buena Vista Social Club and as a recording artist for World Circuit records. In 2001, World Circuit arranged a special recording session for Galb?n and Cancio at EGREM. Along with Orlando Lopez (Cachaito), Roberto Garcia and Bernardo Garcia (Chori), Cancio and Galb?n recorded two of their old songs. This session plays a central role in the film and marks the first time that Galb?n and Cancio recorded together in over thirty years.