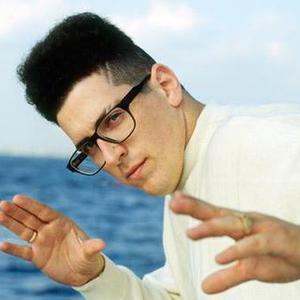 Rappers are normally presented as one-dimensional caricatures. Obviously that isn't the case. MC Serch, best known for his work as one-third of 3rd Bass, has a resume that is amazingly diverse and stunningly impressive. In addition to two gold albums and a gold single with 3rd Bass, Serch owns and operates his own record and promotions company. He is also a husband, father to three children and community activist.

Serch introduced the respected rapper Nas to the hip-hop world and enjoyed a successful career as a solo artist, but it is his work away from the limelight that makes him most proud. "The day I married my wife was also the last day that 3rd Bass was together," Serch says. "The next day, my wife and I went to stay with friends in Los Angeles and we stayed for about a month. I started recording the solo album then.

For me, 3rd Bass, as great as it was, stopped me from pursuing the life that I wanted to have with my wife," he continues. "I wanted to be a husband and be home everyday. I wanted to be a father. The business means nothing. I love what I do, but nothing could replace the love that I have for my family."

That love has deepened as his Serchlite Company has grown. MC Serch, who started doing radio promotions for 3rd Bass during the group's prime, now promotes records for Serchlite. The company is hired by record labels to call radio stations and DJ's to make sure that the records that he's being hired to work stay on their play lists.

But Serch also places giving back to the community as one of his major commitments. His father instilled the philanthropic bent in him. MC Serch has always given 10 percent of his income to philanthropic endeavors. One of his main outlets is Rock and Wrap It Up, a nonprofit organization that picks up catering from concerts and delivers it to homeless shelters in neighboring communities.

Serch also gets hands-on by teaching and lecturing at high schools about how hip-hop can be used to bring cultures together and by heading out on the road with the Rock And Wrap It Up organization. "I try to go on the truck at least three or four times a year," he says.

Serch's work has been well received by the community. He was awarded the Nassau County Martin Luther King Jr. award for his non-profit work in Nassau County. After meeting Pete Nice, his 3rd Bass partner, who like Serch, was signed to Russell Simmons Rush Management, the two started writing raps together and formed Three the Hard Way with producer Sam Sever. The first song they recorded was Wordz of Wisdom, which would be included on 3rd Bass's landmark The Cactus Album.

Eventually trimmed down to just Serch and Pete and renamed 3rd Bass, the group would go on to be the first respected white hip-hop group to release a full-length album. But the group set out to make good music, not to be groundbreaking. "We just wanted to make a real rap record," Serch recalls. "Our whole idea of making records was to make them so that they would bang in the Latin Quarters. We didn't know or care about the impact. We just wanted a record that Red Alert was going to play every week. Pete and I had always joked that if we sold 1,000 records, we'd be happy." But what they ended up doing was proving that white rappers could make quality hip-hop music and be respected for it. "Until that time, the Beastie Boys had come out and were influential, but their thing was going from making songs like OE Hold It Now, Hit It, to being a rock band, Serch says, "We just wanted to be ghetto and be ourselves."

When the group broke up at the end of 1991, Serch started working on his solo album, 1992's well-received Return of the Product. He also performed, produced and executive produced the Zebrahead soundtrack, which introduced both Nas (then known as Nasty Nas) and Serchlite to the world. "Zebrahead was my rude awakening to the music business," Serch recalls. "I was no longer MC Serch, with everybody kissing my ass. I was now wondering how many promotional dollars we should spend and what our impact date would be. Why isn't everyone playing our record? I was absorbed by it."

That type of decision is the MC Serch signature. When he assumes a responsibility, whether it's being a husband, father, performer or businessman, expect nothing but the best.

Return Of The Product