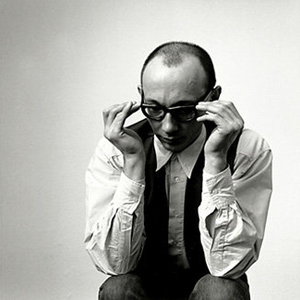 Howard Devoto (born Howard Trafford on 15 March 1952 in Scunthorpe, North Lincolnshire) is an influential singer/songwriter who began his career as the frontman for the punk band Buzzcocks.Leaving after only one EP, he formed the more genre-defying Magazine in 1977. After Magazine split in 1981 he spent two years putting together a solo album with former Magazine keyboard player Dave Formula. While most critics believed the thin production and underworked ideas of Jerky Versions of the Dream reflected poorly on his potential, others found the album rewarded repeated listenings.

The single Rainy Season was consistently picked as a stand-out track.
One of his next project came in 1988 with his collaboration with Liverpool multi-instrumentalist Noko. As Luxuria they released two albums and a video for the single Redneck.
Devoto teamed up for the first time in twenty-five years with Buzzcock Pete Shelley and released the much-anticipated but poorly received album Buzzkunst under the name Shelleydevoto in 2001.
Magazine reformed for a limited number of concerts in 2009 with most of the Correct Use Of Soap lineup - Noko was an exemplary standin for the sadly missed John McGeogh.