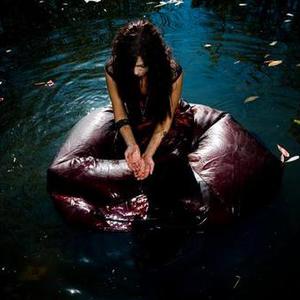 Perfect tension the pulling of the rope from both ends is one of the things that keep tightrope walkers balanced as they walk over the heads of their audience. Its much the same way with the music of burgeoning artist Lara Landon. She subtly invites the listener to sit in the middle of the moment, surprising them with an intriguing combination of opposites that pull with equal strength. One of the first things you notice about her is her striking beauty, the result of an Arabian father and Sicilian mother.

One of the first things you notice about her is her striking beauty, the result of an Arabian father and Sicilian mother. And in the midst of a lighthearted conversation, she'll let fly a piece of insight that reveals the depth of her introspection. She is both joyful and dark, easygoing and pensive, drawing from different sides of her personality to offer a fresh new perspective to the Nashville music scene.

After writing songs for four years and playing piano for twelve, Lara packed up her belongings and moved from southern California, to pursue a music business degree at the prestigious Belmont University. While most parents insist on a backup plan, Lara's parents were the ones who suggested the move, pushing her toward her dream and encouraging her to seize the opportunity to make an early mark on the industry.

Lara landed in Nashville at the age of nineteen without knowing a single person or having any idea how to pursue a career as a musician. But within a year, she had made coveted connections with many of the citys musical veterans, and she began writing with award winning songwriters like Christa Wells (Held, Natalie Grant) and Tiffany Lee of Plumb.

Much in the vein of Sarah McLachlan and Tracy Chapman, Lara writes from the darker shades of her personality. "I believe that its better to feel something strong than nothing at all. And in those places where I doubt, I am most reminded to reach out to God. When I work through my thoughts in my songs, it helps me to sort through the feeling and come back to the truth.''

Between her voice and her piano, she perfectly executes the music that she hopes will reach into other peoples lives and show them the love that God has for them. Pulling from the dark and pushing into the light, arms outstretched in both directions, Lara establishes that balance again the juxtaposition that makes her music feel moody and hopeful, joyful and broken, all at once. And it is a beautiful, perfect tension.