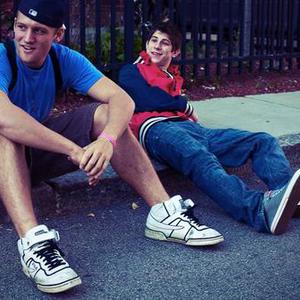 ?The Reach?, which was sponsored by popular college music blog Good Music All Day, has amassed over 50,000 downloads since its May 9th 2011 release. Their latest release, EP ?What You Need,? rose to the #1 album on the iTunes hip-hop charts, and also made it in the top ten on the iTunes overall album charts. Their iTunes single ?Feel I Bring? made the front of the Reggae page when iTunes placed the song in their ?New & Noteworthy? section and one of their latest singles, ?Slow Down? was featured on prolific hip-hop blog 2dopeboyz. Aer has shared the stage with the likes of Mac Miller, Shwayze and Cisco Adler, Hoodie Allen, Ballyhoo! as well as Cris Cab, who they joined this summer on part of his tour at Webster Hall in NYC, and O'Brien's in Boston. This summer they'll be performing at Bamboozle in Asbury Park, NJ.

2. AER is the occasional recording name for Jon Wozencroft, art director and editor of Touch

One Of A Kind

What You Need (EP)

Water On The Moon