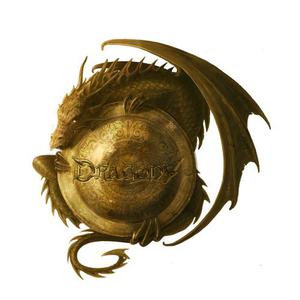 Originally founded as THE DRAGONSLAYER PROJECT, the group now known as DRAGONY was created in summer of 2007 by former members of the split-up Austrian Powermetal-Bands OMEGA EFFECT and ELEFTHERIA. After additional members on bass, drums and keyboards had been found, the band began rehearsing for their first live shows which they played in spring 2008. Since then, the band has had a few gigs in Vienna and its surroundings, with local support slots for national and international acts such as EDENBRIDGE, FIREWIND and AXXIS among them.

The band's music is heavily influenced by well-known bands of the True- and Powermetal genres such as HAMMERFALL, EDGUY, KAMELOT or NIGHTWISH; with a lot of doublebass, harmonic guitar leads and catchy choruses.

After the very successful "Night Of Power 2009" that DRAGONY organised together with ECLIPTICA and that featured SERENITY as a headlining act, as well as local support gigs for PAUL DI'ANNO and most recently, SONATA ARCTICA and MANTICORA, DRAGONY has now recorded their debut album "Legends", which was released in November 2011

The new band logo was designed by Spanish artist Marta De Andr?s, who is currently also working on the cover artwork and booklet for the new album:

"Legends" was recorded and mixed at WildOneMusic Studios Vienna by Jakob Grabmayr and Frank Pitters, and mastered by Mika Jussila at Finnvox Studios Helsinki.

In 2012, DRAGONY promoted and performed at the METAL NATION Tour of PRIMAL FEAR and BRAINSTORM in Vienna Austria.

Also, DRAGONY will appear at METALFEST Austria 2012 in Mining am Inn.

In May 2012, DRAGONY announced the signing of a worldwide deal with LIMB Music.

Masters Of The Multiverse

Lords of the Hunt