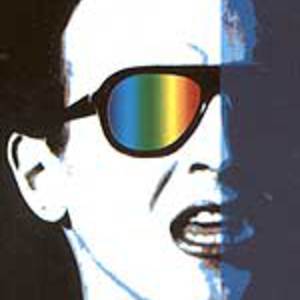 Musically involved from a young age, he first started playing the accordion before taking up the piano. In his early youth, Mandi?'s family moved to the capital Belgrade where he pursued a career of a pianist after getting accepted at highly reputable Kornelije Stankovi? musical high school. However, despite a lot of promise, he left school in 1969 to try to branch out into pop music. Towards the end of 1971 he started playing in a jazz-rock band Oliver with members of Pop Ma?ina along with Du?an Prelevi? on vocal.

Towards the end of 1971 he started playing in a jazz-rock band Oliver with members of Pop Ma?ina along with Du?an Prelevi? on vocal. The group performed only once - January 2, 1972 at Hala sportova. Mandi? then played with Pop Ma?ina several times, and was in talks to join YU grupa and Time, but neither transfer took place. Around the same time, he took part in his first studio recording (made with Du?an Prelevi?): single "Tajna" / "Pro?lo je sve".

Mandi?'s next notable outing came during the 1976 BOOM festival at Ta?majdan Stadium where he led the especially assembled group called Oliverova Beogradska Reprezentacija. The ad-hoc band included some notable musicians of the time: bassist Robert Neme?ek, guitarist Zoran Bo?inovi?, drummer Lazar To?i?, trumpet player Stjepko Gut, and saxophonists Jovan Maljokovi? and Ivan ?vager. That gig brought Mandi? his first eccentric episode in public, something he would become known for later on, as he smashed his synthesizer on stage and walked out in the middle of performing unhappy with the level of commitment his fellow musicians were putting forth.

Mandi?'s solo performing career began almost by chance in 1978 with "Ljuljaj me ne?no" single. He composed that song, with text supplied by Marina Tucakovi?, for singer Maja Od?aklijevska, but since she failed to show up in Split studio Tetrapak for a booked recording session, Mandi? was persuaded by producer Enco Lesi? to record it himself. The material was released the same year as a 2-side single "Ljuljaj me ne?no" / "?uma" by PGP-RTB, garnering positive reactions both commercially and critically. A year later, Mandi? put out another successful single release with "Sutra imam prazan stan" and effective ballad "Osloni se na mene", cementing his place on the scene.

Zdravko ?oli? came calling next, inviting Mandi? as guest on his country-wide tour that included stadiums and sports arenas. Mandi?'s part in the show consisted of coming out in the middle of ?oli?'s performance and doing only "Ljuljaj me ne?no", which had by that time become a sizable hit.