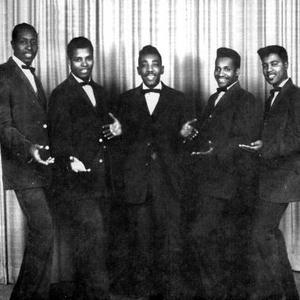 The Edsels were an American Doo-Wop group active during the late 1950s and early 1960s. The name of the group was originally The Essos, after the oil company, but was changed to match the then-new Ford automobile, the Edsel. The Edsels recorded over 25 songs and had multiple performances on Dick Clark's American Bandstand . The Edsels were one of the few doo-wop groups to sign with a major record label, as most groups of that era found success with small independent labels.

Before their national hit "Rama Lama Ding Dong", songs like "What Brought Us Together", "Bone Shaker Joe" and "Do You Love Me" helped the group land a major record deal with Capitol Records in 1961.

Today, the group is known almost exclusively for their song, "Rama Lama Ding Dong." The song was recorded in 1957 and released, under the errant title "Lama Rama Ding Dong," in 1958. The song did not become popular until 1961, after a disc jockey in New York City began to play it as a segue from The Marcels doo-wop version of "Blue Moon." The song eventually became popular throughout the country, peaking at number 21 on the Billboard charts.

* A version of the song was performed on the The Muppet Show once: in Episode 89 (or season 4, episode 17), the episode that also had Mark Hamill, C-3PO, R2-D2 and Chewbacca from Star Wars as guests, a shepherd, his sheep and his girl perform the song.
* Rocky Sharpe and The Replays covered the song in 1979
* Barry Mann wrote a song called "Who Put the Bomp" in 1961, in which he sings about his girl falling in love with him after listening to some Doo-Wop style songs with their recognizable nonsense lyrics. One of the phrases he uses in the song is actually Rama-Lama-Ding-Dong.
* "Rama Lama Ding Dong" is heard in the Grease song "We Go Together".