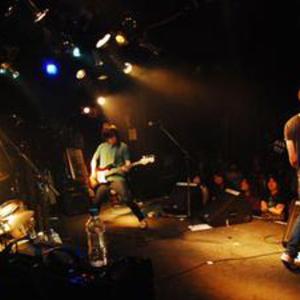 Court is an italian progressive folk band. The project started in 1990, Paolo Lucchina, Mose Nodari, Luigi Bonacina, Andrea Costanza, and Francesco Vedani were the original original line-up. After three years the Court, who were 19 at the time, were contacted by the indie label Music is Intelligence who proposed them to record their first studio album, And you'll follow the winds' rush 'till their breath dwells, in the Roxanne Studio in Stuttgart.

The international critics saluted this work with great enthusiasm: "Court filters progressive, folk and ancient music traditions, generating a new, original sound, completely detached from the very concept of song. Their music develops with unlimited creativity, explicitly trying to overcome any boundary [..] The band signs an absolute masterpiece like Alviss' Revenge, 15 minutes of heavenly madness" (Metal Shock, note: 4 ? out of 5). The historical prog-fanzine " Melodie & Dissonanze", after defining the CD "The most impressive, mature, and original episode from the Italian scene in 1993", describes the band's sound: "The electro-acoustic soul of Court expresses itself spontaneously through following a track which ideally connects the middle-age music traditions, the passion and energy of the most clever grunge scene, the visionary attitude of psychedelic rock, and the theatrical expression of art-rock". After the release of the album, the band started an intense series of concerts in Italy , and northern Europe (Germany , Netherlands , Switzerland , Norway ). The song Eckol was chosen as single, and a video clip was realized.

In 1997 the second album Distances was recorded near Frankfurt . The magazine Rockerilla commented "It seems that the four years passed from the previous realise have been devoted by the band to develop furthermore its technical and emotional capabilities. Distances is an impressive folk masterpiece, characterized by a totally creative and free approach. [.] The band has signed a work which should be considered completely independent from the local and contemporary scene, but rather ranked among the most colourful folk-prog-psych albums from anywhere and anytime.".

Right after the release of Distances , Andrea Costanza left the band. After several line-up changes at the guitar (Giorgio Ricordi, Andrea Balliano) Marco Strobel finally joined the band. A demo was produced in 2003, and finally in 2007 the band produced and recorded its third official work: Frost of Watermelon. The work was immediately followed by a tour in the USA. For this occasion the young Jacopo Favrin replaced Luigi Bonacina at the bass, the tour culminated with a unforgettable concert at the Gig in Hollywood. The band was noted by US promoters, and convinced to participate to the Los Angeles Music Awards. After a tight series of selections, on November 30th 2007 Court was awarded as Best Alternative Band by the jury.