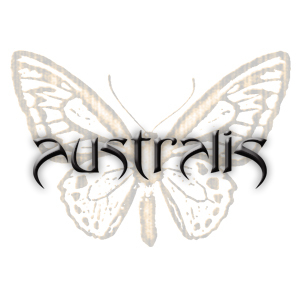 Australis is an American electronic new age music project founded in 2004 by multifaceted Peruvian-born composer/producer Oscar Aguayo, although this name is often used to refer to him directly too. Under the wider New Age genre, Australis' music has been labeled as Ambient, World, Electronic, Ethnic, Neo-Classic and even Soundtrack. In subjective terms it has also been described as melodic, intense, contagious and emotional. His musical style is characterized by rich instrumentation consisting of an always different mixtures of electronic, acoustic and ethnic instruments.

Another characteristic in Australis' music is that it doesn't subscribe to any one style. Instead, it explores many different styles using apparently unrelated influences and many instruments not commonly played together. As a result, each of his releases is an engaging acoustic adventure for the listener, who is taken on a journey through exotic worlds and forgotten emotions.
Based in Utah, United States, Australis has (at the time of this text) released three albums: "Lifegiving" in 2005 through Independent Records, "The Gates of Reality" in 2008 through Essential Noises, and "Sentient Genus" in 2010 also through Essential Noises.

The Gates of Reality