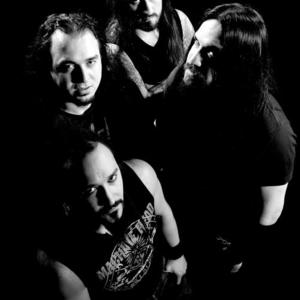 SOUL SACRIFICE is a four-piece Turkish metal band from the biggest city of Turkey, ISTANBUL. SOUL SACRIFICE using variety of sounds, including mostly death metal with modern melodic tunes, some oriented Turkish melodies and mixture of different vocal types. The roots of the band goes back to 1997, 2003 means the start of the current line up. This was followed up by their 2005 full length ?STRANDED HATE?, which was meant to great success.

he band further secured themselves the moniker as ?The Most Successful Live Band In Turkey?, as they played over 80 high profile shows and concerts over the last decade; more than any other Turkish artist in the last decade. Screaming out of ISTANBUL; metallers SOUL SACRIFICE have spent over a decade tirelessly working to make a name for themselves, something they could easily succeed with on new opus ?CARPE MORTEM?. Leading on from ?STRANDED HATE? the band employed the talents of the legendary DAN SWAN?-, a well known producer in metal genre, to produce their greatly anticipated follow up ?CARPE MORTEM?, a rousing album filled with the scathing riffage, soaring vocals and pneumatic drumming that will whet the appetite of any budding metal lover.
As we mentioned mixing and mastering is done by DAN SWAN?-, SOUL SACRIFICE also worked with the swedish director DANIEL LARSSON SATARI for the visual experiences of "CARPE MORTEM". ?CARPE MORTEM? is going to be released by MASSACRE RECORDS worldwide and ADA MUSIC in Turkey in early 2012. Hard working, musically dextrous and incredibly ambitious; ISTANBUL's SOUL SACRIFICE are ready to make huge waves throughout the world and with ?CARPE MORTEM? they're more than capable.
Check out soulsacrificemusic.com and search SOUL SACRIFICE on social networking sites for more info.