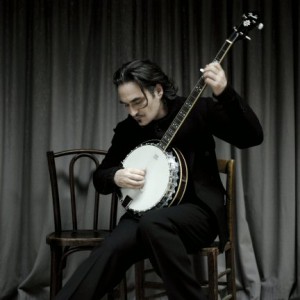 Stephan Eicher is a Swiss singer-songwriter born 17 August 1960 in M?nchenbuchsee close to the swiss capital Bern. He combines French chanson and rock music. Being from a multilingual country Stephan Eicher sings in English, French, Italian, German and Swiss-German. Sometimes he even sings several languages in just one song. He first started out in 1980 when he formed the band "Grauzone" with his brother. From 1982 on he sang solo and had his breakthrough in Switzerland in 1985 with the album "I tell this night".

He first started out in 1980 when he formed the band "Grauzone" with his brother. From 1982 on he sang solo and had his breakthrough in Switzerland in 1985 with the album "I tell this night".

In April 2007 he released his newest album: Eldorado. From his website:

"It seems that Stephan Eicher had this album in mind for a long time; almost fifteen years? Since ? Carcassonne ?, when he was already thinking about reinventing himself, after six years of real success (Two people in a room, Combien de temps, D?jeuner en paix, Pas d'ami (comme toi?).

With 2003's generous "Taxi Europa", marked by continental climates, he went in a different direction, around the old continent. ?By the end of this long tour, I couldn't stand the idea of singing out loud. I felt like singing for myself or for someone. As a coincidence, I began to compose new songs in places where I couldn't make so much noise. In the Camargue, there was a dog barking each time I started to sing. In Brussels, I had almost to whisper melodies to avoid waking up the child sleeping next to me. Progressively, I began to place my voice differently?.

Eldorado was born like that, in hushed silence, in the secret of the nights. And as usual with Stephan, the voice has opened the way. Softened, contained in intimacy, it drove all the instruments choices implicitly. It had to be organic, with grain, matter, in order to give more space to silences, a figurative instrumentation, almost a real original soundtrack which could tell what the voice was concealing."