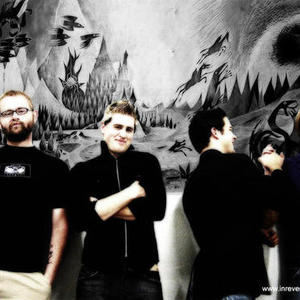 This band is now known as Stomacher. *************** In Reverent Fears new album, Stomacher, is a devastating and powerful show of the band's musical range; balanced between their loose-and-reckless moments of intensity and their more subtle and haunting sections with lounging melodies and guitar lines, the album is tightly structured, each song polished and refined. It has been six years since the members first formed in Concord, CA, playing shows up and down the coast and finding their sound.

In 2001, before most of the members were of legal age, the band released their first EP, Living a Life in Debt to Another, helping fuel their immersion in California's various music scenes. In 2003 they released their first full-length, Written in the A.M., gaining them a new wave of followers and sending them across the country, where they played such big attendance festivals as Warped Tour, Furnace Fest and Cornerstone. Stomacher is a culmination of all their passion, intellect and experience, and since the band's inception two members have gained degrees in philosophy and theology. Their music embodies that rare marriage between the mind and the heart, without sacrificing the sheer power that has always been at the band's core.