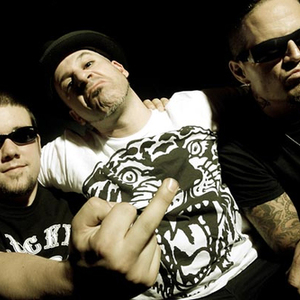 In the Spring of 2006, Spoiler NYC spawned from the streets of Hell's Kitchen. Fueled by the passion of three longtime friends, whose only mission was to keep the old-school, street punk sound alive for a new generation of punk fans; Spoiler NYC was born. From the fuck-the-world attitude of ?Ruined,? ?Every Person Is Corrupt? and ?Dead To Me? to the heartfelt emotions of ?Unpredictable? and ?Suicide Hotel,? Spoiler NYC reminds us that you don't have to lose the attitude in order to wear your heart on your sleeve.

The trio, lead by Alan Robert on Lead Vocals & Bass, with ?Junkyard? Chris Silletti on Guitar and rounded out by Tommy ?The Kid? Clayton on drums, the band are no strangers to the music scene. Alan is one of the founding members, bassist and primary lyrists for the group Life of Agony. After recording several records and touring the world for the last 15 years with LOA, Alan decided to follow his instincts and make the punk record he had always talked about making. ?Last year, I lost a close friend of mine to Leukemia,? Alan admits, ?Seeing him lying there in his coffin really did something to me. That loss inspired me to start this band, to keep his memory alive somehow, because I know he would have loved to see us doing what we do. These songs are all based on real people and real experiences, so if you listen to the album from start to finish, there's a real story in there.?

SPOILER NYC plans on taking their message from the recording studio to the road this year, already confirmed to perform on a series of European dates this June. But, don't expect to find this band playing the fine auditoriums anytime soon, they plan on seeking out the smallest, grittiest venues they can find to ensure that every fan walks away having experienced the same thing?punk rock, the way it was meant to be.

The debut album, ?Grease Fire in Hell's Kitchen? will be released in June 2007 by SOS Records in the United States and I Scream Records in Europe.