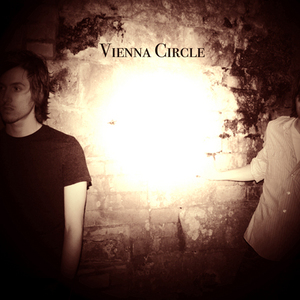 The debut album entitled ?White Clouds' is a collaboration between U.K based brothers Paul and Jack Davis. From an early age the pair were inspired by listening to bands and artists such as The Beatles, Pink Floyd and Neal Morse amongst others, and set about creating progressive, artistic, unique, dynamic and innovative music with an atmospheric sound. The result is an album of 10 original songs full of drama, emotion and melody.

The result is an album of 10 original songs full of drama, emotion and melody. A concept album which dates back to pre 1914 and follows the life of a young British man who moves from the south coast of England to the centre of Berlin a few months before the First World War breaks out. White Clouds gives a modern backdrop to The Great War.

The first writing sessions of the album began in the spring of 2006. With a few ideas being put down, the first song they worked on was Argonne Wood. The Morning Fields of Amber Grey and Stars of May followed shortly after. Russ Wilson (http://www.myspace.com/russwilsonuk) was later asked to record the drums at the start of January 2007. The band found Russ on the internet via the above myspace link and remarkably he just happened to live a couple of streets away!

After a couple of meetings with Russ he introduced the band to Nick Andrew (http://www.nickandrew.net). Nick had shown a keen interest in the music and engineered the recording of the drums. When they had finished the drum tracks Nick offered to produce the album and both he and the band were happy and very excited about the prospect of working together.

Jack- ?We wanted to do an album, so we knew we would have to get more people involved. Russ and Nick knew exactly what we wanted to achieve and were instrumental in making it happen?.

The initial recording with Nick took place towards the end of February 2007. Nick- ?The early mixes sound fantastic. The band have some great ideas and I have had great fun so far in helping them to realise their vision.? This recording was to continue for around 18 months before the album finally came to its conclusion.

White Clouds sees a subdued start with such tracks as White Clouds (beginning) and First Night in Berlin. The album however builds right the way through and each song has its own feel and identity. Vienna Circle also deliver an air of sophistication with their song structures considering the young age of the pair, and every song is deeply textured, consistent to their message and full of melody. Paul- ?White Clouds is a brilliant example of where we are now as a band. We have found a quite unique sound in our first album. I'm excited to hear how our music will progress in future albums?. Two of the ten tracks border the ten minute mark in length. The Morning Fields of Amber Grey lasting just over eleven minutes and brings with it a truly graceful chorus that flows right through the song. The track Conquered Air lasts just under ten minutes and gets right amongst the action featuring the build up to a defining moment in this young man's life. White Clouds (finale) closes the album in dramatic fashion. The song starts by revisiting the opening theme and builds to a memorable conclusion.

Paul- ?It's been a long time coming but worth all the hard work. This is just the start?