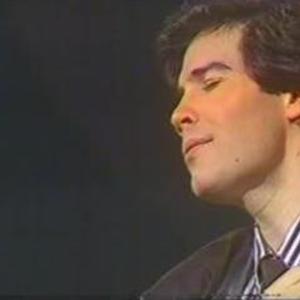 Singer and Composer. He was born in Granada (Andaluc?a) and died in Madrid. He triumphed in Spain and America as singer in the final 70s and early 80s with songs such as "Hoy Tengo Ganas de Ti," "Otro Ocupa Mi Lugar," "Saldr? a Buscar al Amor," "Gorri?n," "Desn?date," "Y T? D?nde Est?s," "Tu Amante o Tu Enemigo," "Baila Gitana and "Bajo la Lluvia." Later, he was producer and composer of other singers such Dyango, Az?car Moreno or David Bustamante.also he was one of the best singers of Spain.