The Lighthouse and The Whaler 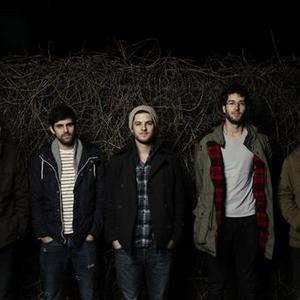 The Lighthouse and the Whaler is a band from Cleveland, Ohio, though its name alludes to the waters off the coast of Massachusetts. Inspired by a theme from Moby Dick, the band's name alone is enough to make underpaid Literature teachers beam with pride. It all started with two musicians -- Aaron Smith and Michael LoPresti -- who decided to collaborate in a field one sunny afternoon because that seemed nicer than playing in a basement. By the end of the day they had written their first song. They gave it a profound name: "The Field Song.

It all started with two musicians -- Aaron Smith and Michael LoPresti -- who decided to collaborate in a field one sunny afternoon because that seemed nicer than playing in a basement. By the end of the day they had written their first song. They gave it a profound name: "The Field Song." When it was selected for a Paste Sampler CD, Aaron and Michael decided to make a proper run at it.

The Lighthouse and the Whaler released a four-song EP in 2008 and a self-titled/produced/released album in 2009. Two songs from that album -- "White Days" and "Under Mountain, Under Ground" -- found their way to TV and radio. With more fans to play for, The Lighthouse and the Whaler hit the road and toured across America. Somewhere between Boston and Seattle, the band picked up three new members -- Matthew, Mark and Steve ? thereafter, fulfilling the prophesy that was to be five young men stuffed in a forest green Chevy Venture, searching for open ears and loyal hearts.

Here is what most band bios won't tell you:

Michael LoPresti studied literature and theology in college but rushed home after graduation to become a musician. Michael is the voice of the band and his head is filled with wayward melodies one could chase for days. He wears boat shoes, jean cut-offs and flannel shirts all year round. Michael is a web designer and has approximately two dance moves. Put a chick flick on mute and he will make up hilarious new dialogue to go along with the picture.

Aaron Smith is self-taught on the violin, guitar and keys. He is a skeptic, searching for each perfect note as it passes. Aaron has deadpan wit and incredibly white teeth. He eats Chia seeds and dried prunes to stay healthy on the road. Aaron is acutely aware of subtle details and often finds himself lost in his thoughts for long periods of time. He is a gentle giant, but is self-conscious about his height. And yes, he is single.

Matthew LoPresti was on his way to becoming a professional soccer player but left the pitch to join The Lighthouse and the Whaler. Matthew is a percussionist and puts the passion and heart into the songs. He has a nice smile and often requires extra space on stage to accommodate his raw emotion. Matthew tells loud jokes because it makes everyone laugh more. He thinks LeBron James is a traitor and is dogmatic on the subject.

Mark Poro was a solo artist who wanted some company. He plays mandolin, violin, guitar, piano and glockenspiel, but has yet to master the triangle. Mark is a lover of the poignant and sincere, and fills each song with his pure spirit. He secretly likes to be silly, especially in serious situations. Mark is perpetually training for a marathon and has blue eyes that would remind a sailor of a calm day at sea. Mark Poro is not his real name.

Steve Diaz is originally from Virginia and met Mark at a music conservatory on Martha's Vineyard. He moved to Ohio to become a Whaler, but otherwise would have probably become a farmer. Steve is a born composer and adds contrast and depth to the music with a seasoned subtlety. Steve can grow a glorious reddish-brown beard, which he credits to his unique ancestry. He writes music to maintain his sanity. Steve is not homeless, though he sometimes looks it.

The Lighthouse and the Whaler plays indie-folk-pop and does not believe that genre labels tell you anything you need to know about a band. It has nevertheless caught the attention of MTV, Fuse, FILTER, Spinner, Under the Radar and other media outlets that cater to indie-folk-pop music fans.

The Lighthouse and the Whaler has performed at venues like Rock'n'Roll Hall of Fame, SXSW, House of Blues and Rockwood Music Hall, though its favorite show to date took place in the attic of an old bookstore. The band has shared stages with Sufjan Stevens, The Temper Trap, and The Dodos, and shared blankets while sleeping in its donated mini-van, inappropriately named Rihanna.

John Richards of KEXP called The Lighthouse and the Whaler his new favorite band. He may be the smartest man on the planet.

This Is An Adventure

The Lighthouse and the Whaler