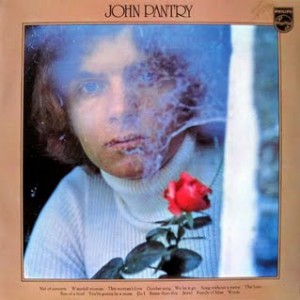 John Pantry is a musician, singer, songwriter, audio engineer (at IBC Studios, for the Small Faces and on the first three Bee Gees L.P.s) and record producer from Harrow, Middlesex, England. He's been active since the late 1960s. Following his studio work in London he became a Christian through the influence of the many Christian artists for whom he produced albums, and toured internationally as a Christian singer and speaker. In 1990, he trained as an Anglican minister and he was ordained in 1993.

He hosts a programme on Premier Christian Radio called Inspirational Breakfast. He has recorded twelve albums of his songs, and a new album with the Adoramus Choir called God of the Empty Space was released on 19th June 2009, along with a songbook published by the Royal School of Church Music.

According to his website, God of the Empty Space is a collection of seventeen new songs and choral pieces.

John was educated at Belfairs High School, Leigh on Sea, Essex. Whilst living in this area, he played keyboard for the local band, Sounds Around. Amongst the many gigs they performed was one on the rooftop of The Peterboat Inn, Leigh. The band also performed on the same bill as The Cops 'n' Robbers, who are known for their legendary three-week stint on the 60's rock programme, Ready, Steady Go.

To Strangers And Friends

Nothing Is Impossible (Vinyl)