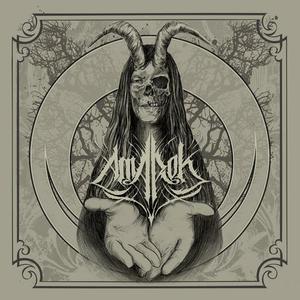 There are (at least) four bands named Amarok: 1) Amarok is a black metal band from Szczecinek (Poland), formed in 2003. 2) Amarok, named after the Inuit word for 'giant wolf', are a spanish progressive rock band, with mediterranean and Middle Ages musical influences. The group was founded in 1990 by Robert Santamar?a and L?dia Cer?n.The band address environmental issues ,and much of their material is recorded using solar powered equipment. Official site: http://www.amarokweb.com/

3) Amarok is a polish folk progressive rock band. It was started in 2001. The band is headed by Micha? Wojtas, who plays guitar, piano and does sampling and programming. Other musicians appear in an inconsistent manner for vocals, drums and various other instruments. Michal's guitar has been said to be heavily influenced by Pink Floyd and Dire Straits.
Official site: http://www.amarok.pl/eng.html
4) Amarok is a doom/stoner metal band from California. The group was formed in 2009 by Brandon Squyres (of The Makai) and Jeremy Golden. The current line-up includes Zeke Rogers (also of The Makai) and Kenny Ruggles. Official site: http://www.facebook.com/amarokdoom, label site: http://www.orcawolf.com/