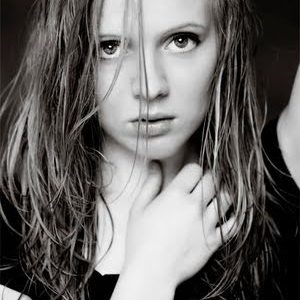 Madilyn's first musical instrument was her voice which she began developing from her crib. At age nine, she took up the piano in preparation for becoming a drummer. She played drums for a few years before picking up her dad's acoustic guitar while camping at a summer music festival. It's safe to say that music is a natural extension of who Madilyn is. From the beginning Madilyn displayed deep care and concern for others. By as early as age seven, she was using songwriting as a way to express the joys and sorrows she saw people go through in life.

Madilyn knew she was onto something when a woman with tears brimming in her eyes approached her after hearing one of her songs. The woman was not only touched by her performance but amazed that Madilyn had written the song herself at such a young age. Her writing has developed and continues to connect with her audience in a special way. In Madilyn's own words, ?I hope my songs are relatable and are able to touch peoples' hearts. My goal is to make people feel something when they listen.?
And Then There Was YouTube. Madilyn's desire to reach more people with her music hit a wall almost right away. After all she comes from a very tiny town in northern Wisconsin. YouTube was a great resource and extended her audience.
After posting a few music videos with a close friend, Madilyn courageously uploaded her first solo video in the Fall of 2009. Her submission won a cover contest held by fellow YouTuber Kata Hay. That success was all the inspiration Madilyn needed to start her own channel. In November of the same year the Madilyn Bailey channel was launched.