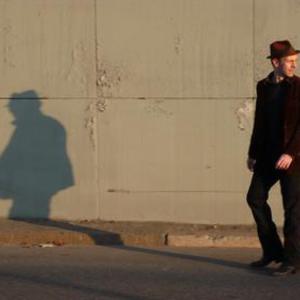 Hans Chew delivers powerful medicine, a resurrection of rock & roll as unique as it is traditional. It's Jerry Lee Lewis on a Nick Cave trip, Floyd Cramer as the Night Tripper; it's Leon Russell tickling James Booker in the backseat of Little Richard's Cadillac. ?Chew probably says it best, ?I'm a product of American culture circa 1975. The Grand Ole Opry was on TV, Ralph Emery was on the radio. My grandfather sang harmony in a gospel quartet and taught me ?that high-lonesome sound'.

My mother turned me on to Hendrix and the Stones, but my father only listened to classical music: ?I knew Ludwig van Beethoven's Fifth before Led Zeppelin's fourth. ??? ??? ??? ???? ??? ???? ???? ???
After many years adrift, Hans Chew took up residence at the Clermont Hotel in Atlanta, Georgia with nothing more than a typewriter, some New Orleans records, and a piano. Hans would check out two years later and move to New York City with a handful of songs.

Hans Chew's 2010 debut album, Tennessee & Other Stories..., received four-stars from Rolling Stone Magazine who called it ?fantastic... timeless...?. Uncut Magazine included the record in their Top 50 Albums of the Year and their list of the 20 Best Americana Albums, while also nominating Hans for their highest honor, The Uncut Music Award. ?

Hans Chew is alive and kicking in New York City. He is currently working on his next record, due in 2012." In addition to fronting his own band, he provides honky-tonk piano and auxiliary vocals for Thrill Jockey recording artist D. Charles Speer & The Helix, and his barrel-house and boogie piano can be heard alongside Jack Rose, on Jack's releases "The Black Dirt Sessions" and "Luck In The Valley".