My Brother The Wind 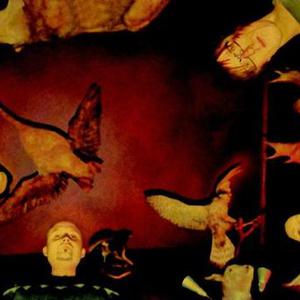 My Brother The Wind is a psychedelic rock oriented project formed in ?m?l, Sweden in 2009. The band consists of Nicklas Barker (Anekdoten) on guitar, Mathias Danielsson (Makajodama, and formerly of G&ouml;sta Berlings Saga) also on guitar, Ronny Eriksson (Magnolia) on bass and Tomas Eriksson on drums. The idea is to record albums out of the blue, totally improvised and with no previous rehearsals.

Twilight In The Crystal Cabinet was recorded in two hours in 2009 and mixed in real time the day after.

Once There Was A Time When Time And Space Were One

I Was My Soul In The Stream Of Infinity

I Wash My Soul In The Stream Of Infinity

Twilight In The Crystal Cabinet