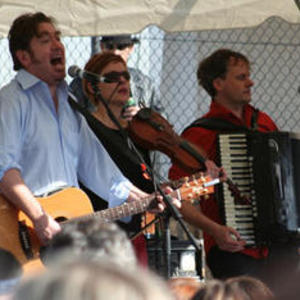 Weddings Parties Anything, often known as WPA and Weddoes, is an Australian folk rock band formed by Mick Thomas in Melbourne in 1985 and continuing until 1998. Their name came from a Clash song ("Revolution Rock") and musicologist Billy Pinnell described their first album as the best Australian rock debut since Skyhooks' Living in the '70s. WPA initially gained a reputation as a hot new band through their constant touring in their early days, however they never really became a commercial success.

WPA initially gained a reputation as a hot new band through their constant touring in their early days, however they never really became a commercial success. They did however, form a fanatical supporter base, known as the "Wedheads" that continued to sustain the band for years. Upon the conclusion of the band several members continued on to other projects, with Mick Thomas creating Croxton Records with friend Nick Corr.

Renowned for their energetic live shows, WPA had a handful of live songs that were nearly always guaranteed to push the mosh pit into a frenzy, particularly "A Tale They Won't Believe", the story of cannibalism in the convict days of Tasmania. Also known for the especially legendary Christmas shows which grew from one night on Christmas Eve to a full week of live shows at the Central Club Hotel in Richmond. The 1998 show was recorded and released as a double live album, They Were Better Live.

Musically, WPA were a combination of Australian indie and garage rock, sixties folk, punk and (later) country. They lead what later became known as the alt-country scene in Melbourne{fact}. WPA were often compared to The Pogues, though the two bands were actually contemporaries rather than one following the other; the two bands toured Australia together in the early '90s.

WPA recently reformed for the Community Cup Challenge footy match in July 2005 and will again for the Queenscliff Music Festival in November 2006.