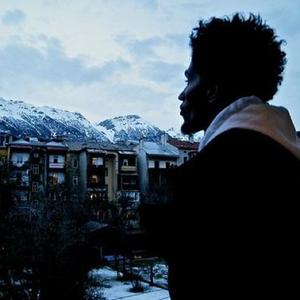 yU was born Michael Willingham Jr. on April 14, 1978 in Cheverly, Maryland. The year of his birth forms the second half of his moniker ? "the 78er" ? with "yU" in reference to his battle rapping days on Davey D's Hip-Hop Corner website. While most of the competition was posting with typical "oh, you mad ?cause I'm stylin' on you" braggadocio, yU was honing his storytelling skills and putting his opponents in wild predicaments (like working for mall security).

People couldn't understand his approach, so they began to ask, "Why you do this?" and "Why you do that?" With the numerous "Why you?" questions, yU the artist emerged.

His first real shine came with a spot on 2003's The Antidote: The Healing Pt. 2 compilation from Urban Ave 31. The project featured singer Raheem DeVaughn and yU's crew The Remainz, with a buzz spreading to Europe and introducing the budding lyricist to an overseas audience. At home, a new generation of talent was bubbling in the Washington D.C./Md./Va. area, which led to the formation of the Diamond District, a group consisting of yU, producer/MC Oddisee, and MC Uptown XO, and named after the geographical region in which they all came of age. The trio's In the Ruff LP was a showcase of the hip-hop creativity that had long been overlooked amidst the area's legendary Go-Go scene, and to an extent, its penchant for violent crime and political chicanery. The album also paved the road for yU's abilities to emerge on his solo efforts ? 2010's Before Taxes and 2011's The Earn.

Before yU the 78er became a fan of music, he acquired certain tastes from his mother, Gina. Many artists trace their roots back to the funk, soul, jazz, or R&B sounds that were household staples during times of youth, but yU was born to a true female hip-hopper. Mecca and the Soul Brother and early A Tribe Called Quest stayed in rotation in their Alexandria, Virginia home. Moms led trips to the theater to see Breakin', Beat Street and Krush Groove, and as a teen, he was encouraged to videotape segments of Yo! MTV Raps and BET's Rap City. Hip-Hop was always in the mix, so when yU began his own career, he was well equipped to become a creative force within the culture.

Much of what yU has learned throughout life is the result of his love of music. An introvert, hip-hop provided a means for him to open up to the world, and in doing so he was surprised to find many others who share the same interests. Among the fruits of collaboration are the foundation of the1978ers production team, with friend Slimkat78, inclusion of his "Fine" instrumental on the Gilles Peterson compilation Brownswood Bubblers Four, and an upcoming project with Pittsburgh producer (Y)usef Dinero.

But his overall goal is growth, and allowing both his career and his music to expand. It's a worthwhile intent ? to start at zero and let listeners witness the climb. As a child, yU was immersed in hip-hop music and knew his life's path at an early age. Now he looks to share that purpose with his fans.