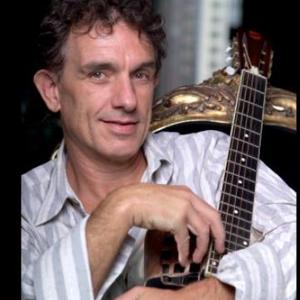 Ian Moss first came to attention as the guitarist for Australian rock legends Cold Chisel. After they split up in 1983, Jimmy Barnes jumped into a successful solo career, but Moss laid low, only forming the Ian Moss Band in 1986. After spending nine months in L.A. sorting through song demos, he eventually co-wrote "Tucker's Daughter" with former Cold Chisel bandmember Don Walker. The song went to number one in Australia in March 1989 and his debut album, Matchbook, was released in September. It also went to number one and sold over 210,000 copies.

An Australian tour followed before Moss returned to the studio in 1991 to record his second album, Worlds Away. Again working with co-writer Don Walker, it also featured a re-working of the Cold Chisel classic "Bow River." The album wasn't as successful as Matchbook, and Moss disappeared from public view for the next five years until the release of Petrolhead in 1996. The album was reissued in 1997 with a bonus album, Ian Moss Live. By the end of the year, Cold Chisel had re-formed with Moss, and they returned to the studio to begin work on a new album.

Ian Moss is an Australian rock musician, best known as the lead guitarist and occasional singer with Cold Chisel. In that group's initial ten year career, Moss recorded eight albums, three of which were #1 national hits. His solo career began with a #1 album and single and five ARIA Awards. Since then his career has been more low-key, interspersed with periodic tours and albums with a reformed Cold Chisel.
Born in Alice Springs in March 1955, Moss originally took piano lessons but switched to guitar at age 11. After attending high school in Adelaide he met songwriter and organist Don Walker[1] and together they joined bass player Les Kaczmarek in a band called Orange. Within months the line-up also included drummer Steve Prestwich and singer Jim Barnes and the group's name became Cold Chisel. While Moss' main role in the band was as its guitarist, he would often be called upon to take on lead vocals as well when Barnes would quit, as he did on a regular basis[2]. After periods spent in Adelaide, Armidale and Melbourne, Cold Chisel settled in Sydney in mid-1977 and finally won a recording contract with WEA late that year. While Barnes remained the group's identifiable front man and lead vocalist, Moss also added lead vocal to several of the band's songs, the first of which was "One Long Day", the B-side of the "Khe Sanh" single and the closing track on side one of the debut album. His vocals feature on some of the band's best known songs, including the hits "My Baby", "When the War is Over" and "Saturday Night" and on "Bow River", which Moss wrote and the track that has since become his signature tune. "Bow River" was the only Cold Chisel song Moss performed when he returned to live work as a solo artist in 1988 and remains the only one he consistently performs to the present. Moss also sang lead on Cold Chisel's version of "Georgia" which became a staple of their live shows, although the only recording of this is on the 1984 album Barking Spiders Live: 1983.
Already established as a singer and musician, by late in the band's career Moss had also gained status as a songwriter, contributing "Never Before" for the East album, the track that was chosen as the first to be aired by Triple J when it swtiched from AM to FM in 1980. Songs on later albums included "Bow River" on Circus Animals and Twentieth Century's "Janelle". He also featured on recordings by other artists, playing a guitar solo on the track "Skin" from the album Icehouse by Sydney New Wave band Flowers and an uncredited appearance on Richard Clapton's The Great Escape, that also featured Jimmy Barnes.
After Cold Chisel disbanded in 1983, Moss retired from the music industry for several years before launching a solo career in 1988. His first single, "Tucker's Daughter", co-written with Don Walker, was released on Mushroom Records in March 1989 and was a No. 1 hit. Another Walker composition, "Telephone Booth", also went Top 10. Matchbook, released in August, reached number one on the album charts, remaining at the peak spot for three weeks. Two further singles, "Out of the Fire" and "Mr. Rain" were also minor hits and at the ARIA Awards early the following year Moss won five awards including Best Male Artist and Album of the Year.
1991's Worlds Away featured the same style of commercial pop-rock as Matchbook but was less successful and Moss did not record another album of his own for five years. In the meantime, however, he played in Don Walker's Catfish, contributing to the Ruby album. He also made guest appearances on albums by The Black Sorrows and Richard Clapton, and made a cameo on Jimmy Barnes' Heat, the first time he had worked with Barnes in ten years.
His Petrolhead album from 1996 was an album of hard-edged raw blues and was followed a year later by a live album. Neither made an impact on the national chart, but during 1998, after fifteen years Cold Chisel reunited to record a new album, The Last Wave of Summer and perform live once again. The reunion was a huge success, resulting in sold out concerts with both the album and several singles becoming chart hits. Another Cold Chisel tour in 2003 proved to be just as successful.
During 2005, Moss was invited to record an album of acoustic songs for Liberation Music and Six Strings was the result. To support the release he undertook an extensive tour with former Noiseworks and INXS singer Jon Stevens. The same year he worked with Barnes again on Double Happiness.
Ian Moss' sixth album Let's All Get Together was released in 2007.
http://en.wikipedia.org/wiki/Ian_Moss


Ian Moss - Biography
Ian Moss was born and raised in the outback town of Alice Springs in the Northern Territory - the place that put Australia on the world map with the movie "Crocodile Dundee". Now another fine talent has emerged from there in the form of Ian Moss.

After various musical stints, Moss moved to Adelaide where he joined the band that was to become a legend in Australia, Cold Chisel. He became a highlight of the night with songs like Never before, Bow River (written by Ian Moss), and a cover rendition of Georgia. He also sang on numerous tracks but his main job in Cold Chisel was to play guitar, and that he did.

With the status of Australia's best guitarist, Moss has now evolved into an artist of the same calibre as Chisel. After five years of brewing on the side lines of music, Moss released his debut single Tucker's Daughter in January 1989. The song was Top 10 for 11 weeks and hit No. 1 for 2 weeks. The single went gold after 15 weeks and reached in excess of 73,000 copies. The second single Telephone Booth released in June that same year, hit the Top 10 and was Top 20 for 10 weeks.

The standard for Moss was set and he did not let it down. The debut album Matchbook, released in August, entered the charts at No. 1 for 3 weeks running. It then remained in the Top 10 for 14 weeks and has to date sold over 185,000 copies.

This has shown that Ian Moss can definitely stand on his own when it comes to music. With a voice as smooth as honey and guitar playing that would satisfy everyone from blues enthusiasts to the hardest of rockers - Moss is here!

Rounding off a successful debut, Ian topped the year off by winning 5 major awards out of six nominations at the 1989 ARIA Awards (Australian Record Industry Association), being:-

1990 also saw the release of Matchbook in Scandinavia and again, Tucker's Daughter became a familiar song on the airwaves, also appearing on several Scandinavian compilations.

1991 Ian Moss returned to the studio to record his second album "Worlds Away" which was released in Australia in October. After an extensive 3 month tour headlining his own shows, 1992 saw lan perform in front of 250,000 people in 1 month as special guest to Rod Stewart on his Australian tour.

1992 was also the year that "Worlds Away" was released in Germany, Austria, Switzerland and Scandinavia. In November lan flew to Europe, for a three week promotional tour, covering press, television and radio, where he had all the DJ's in awe of his ability, as he preformed three or four songs on his own with his electric guitar, plugged into consoles or tape decks.

1993 In April and May lan toured through Germany, Austria, and Switzerland with his band as special guests on the 'Rare Earth Tour' to fantastic reviews.

1995 saw Ian Moss changing his direction back to the blues and in the studio recording a much rockier and tougher album than previous releases.

1996 with the release of his new album "Petrol Head" Ian Moss will be back with his band to please & rock the crowds once more.

Ian Moss - Brief History
Over the course of his 23-year musical career, Ian Moss has come, to be regarded as Australia's favourite guitarist. His new album, Petrolhead, is his third solo offering in over twelve years, and though it seems like a long time between drinks, Mossy never really went away.

Born in Alice Springs, Ian Moss entered the music world after answering an ad for a guitarist in a shop window. In 1973 he joined Jimmy Barnes, Don Walker and Steve Prestwich to form the group that became synonymous with Australian Rock Cold Chisel. Jimmy Barnes described the young Mossy as, "...a boy from the bush who didn't wear shoes but played fantastic" (Playboy 1988). Cold Chisel remains one of the country's favourite bands, more than a decade after its demise.

Ian Moss found solo success in 1989, with his gold debut single, Tucker's Daughter. His second single, Telephone Booth, released in June the same year, hit the Top 10 and was Top 20 for ten weeks. To top off the year, Mossie's Matchbook album entered the charts at No. 1, remained in the Top 10 for fourteen weeks and to date has sold over 200,000 copies..

After releasing his second solo album, Worlds Away, Ian Moss took a break from recording, but never stopped playing. The new Petrolhead album sees Mossy doing what he does best, playing bluesy rock with none of the over produced, budget blowing gimmicks that crept in to his late eighties and early nineties recording. With lan Rilen (Rose Tattoo, x) on bass, Paul Demarco (Rose Tattoo, Catfish) on drums and Don Walker on occasional keyboards and songwriting, the sound is stripped back and honest, without ever losing its innate power.

In Mossy's words, "'it was a conscious decision to get back to something I was always happy doing. The result is tough, ballsy blues meets rock...plenty of heart, alive and kicking."

Let's All Get Together