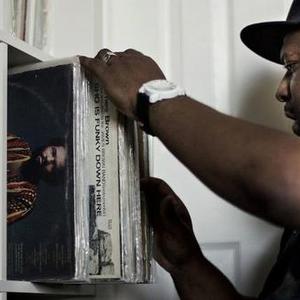 Often referred to as The Grand Imperial, Gensu Dean may be Hip Hop's best kept secret. Currently shinning bright out of Texas like the great DJ Premier, Dean utilizes a vintage sampler by Emu Systems, the classic SP1200, as his weapon of choice. With device in hand and equipped with an extensive 7,000+ piece vinyl collection, Dean has created a unique yet seamless method of "chopping? beats and samples. Being dubbed Gensu (i.

the famous razor sharp steak knife of the 80's) he can be found digging deep in the crates which provide the backdrop for his soulful, emotive sound, that stays laced with rugged and gritty drums.

Gensu Dean embodies the essence of true, honest HipHop, while his music personifies the art of beat diggin' with sheer creativity. When questioned about his production style he explains, "I consciously use a vintage machine that represents a special & classic era in HipHop. I also updated my musical approach in order to compete and remain relevant in today's times.? Dean goes on to say "...this creates a harmonic balance of old & new.? With this approach Gensu has produced masterpieces for the likes of Royal Flush, David Banner, Ol' Dirty Bastard (of Wu-Tang Clan) and Lord Jamar (of Brand Nubian) to name a few. This trademark sound has lead to co-signs from music industry giants such as DJ Premier to DJ Spinna.

Re-establishing the standards for a HipHop producers' way of life, Gensu Dean's solo debut entitled "Lo-Fi Fingahz,? which was released on February 21, 2012. is bound to take the music world by storm! The lead single features Hip-Hop legend and Queens Lounge veteran Large Professor Large Professor on "Forever". The Hip-Hop world is definitely ready to receive his sound. Packed with a star studded cast, Dean has assembled a fierce line up of talent for the "Lo-Fi Fingahz? project. Featuring legendary artists such as Large Professor, Count Bass D, David Banner, Brand Nubian, and Roc Marciano to name a few. Even the KING OF ROCK, DMC (of world renowned RUN DMC) is found on the album verbally endorsing gENSu's master work in crafting raw Hip-Hop production. Certified "BANGERS? is how this album was referred to by a private listener. In the midst of auto-tunes and ring tone rap Gensu Dean emerges with "Lo-Fi Fingahz."

The Cl Smooth American Me Remixes