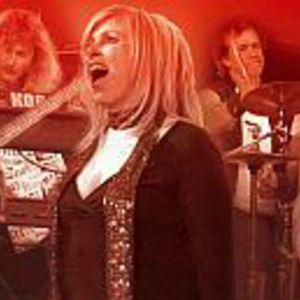 Since its formation in London in 1990, Landmarq has so far released five studio albums; three live albums, two of which were recorded at various concerts in the UK and Europe, the third being taken from the bands DVD, "Turbulence - Live in Poland" (2006). Initially signing to a Dutch record company then forming their own label, Synergy Records, the band have established themselves as one of the most accomplished, melodic and technically astute bands in Progressive rock, though their style may also include shades of AOR, Melodic Rock, Hard Rock and even a slightly jazzy edge.

Landmarq's latest album is "Entertaining Angels", released in 2012 as a 2-CD "Special Edition".
(Find out more at their official website www.landmarq.net and also www.entertainingangels.info)

Roadskill (Live In The Netherlands) CD2

Roadskill (Live In The Netherlands) CD1