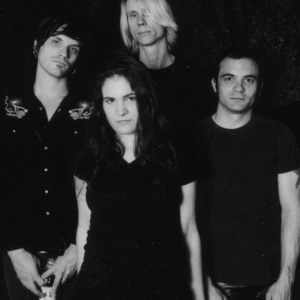 Their sophomore release "Sunlit" was recorded in early 1996 and helped bring the band super-cult like status, as well as starting the group off on a career of sound track work. "Royal Subjects" was the bands next album, released in 1998; recorded as a soundtrack for an independent film. The group collaged a mix of songs and soundscapes, exploring new territory in arrangement and instrumentation. For his next project Riddle put together a new band with a new batch of songs, calling it King Black Acid and the Starseed Transmission. With Scott Adamo (drums), Sarah Mayfield (guitars), Bobeck (bass), Pete Ficht (keyboards), and eventually Sean Farrell (keyboards) joined Riddle to form King Black Acid and the Starseed Transmission. It was this incarnation of KBA that would result in the full length album, "Loves a Long Song", released in October 2000. The album was released to excellent reviews. Finally, the industry and the fans had a record with a more distilled songwriting style that worked well with both radio, film and television, hard-core audiophiles and especialy the live audience. In 2002, Riddle introduced King Black Acid and the 144,000 Member Acid Army, consisting of Sarah Mayfield, Sean Farrell, Joe Trump, bassist Sean Tichner, and keyboardist Rich Landar. This particular line-up was assembled to perform on stage the songs Riddle penned for the motion picture soundtrack of The Mothman Prophecies. During this time, Riddle also wrote songs, performed and recorded with James Angell's Private Player--featuring John Taylor of Duran Duran on bass, Tony Lash of Heatmiser/ Elliott Smith on drums, Sean T guitar and Kevy Kozad ..s. All this momentum and experience has fueled a brand new exploration in songwriting and performance. Riddle is currently collaborating with longtime friends and musical partners, Jeffery Trapp (ex Everclear) Joe Trump (Pigface/Elliot Sharp) Rich Landar and Eric Minmonster. Together they have formed a powerfull new line-up known as King Black Acid and The Sacred Heart. The Sacred Heart brings with it an explosive new sound and style. Shedding most of the atmospherics and languid arrangements of the past for a more anthemic and 'sexy' sound, "The Sacred Heart is heavy like a Chevy and has more hooks than a fucking pirate convention." King Black Acid's music can been heard on CSI Miami, Buffy The Vampire Slayer, MTV's Real World/Road Rules, Dream With Fishes, Highway, Witchblade, The Mothman Prophecies, UnderWorld 3 Rise Of The Lycans, The Maker CNN Sports Center, Do Me A Favor and many more tv shows and movies.